We detail the cigars with the best ratings throughout 2020, in case it could help you when choosing cigars. Although each has its own tastes and preferences, according to format, ring gauge, strength, flavors, etc., the opinion of experts who make the reviews can help when we are in the mood for a cigar.

As we have said, the star cigar was La Aurora 107 Nicaragua. It has been ranked in several of the lists of best cigars of the year:

On the other hand, La Aurora 107 Cosecha 2007 Corona Gorda is among the best cigars of the year according to “Cigar Coop”. This is the fourth time that this cigar lands in this ranking by “Cigar Coop”. “It’s a cigar that has gone unnoticed, but it should not be overlooked,” the magazine says.

La Aurora 107 Nicaragua has been our star cigar in 2020 reviews and rankings.

Very good reviews of our cigars

In terms of reviews and ratings, in August, “Smoking Seven” has awarded 92 points to La Aurora 107 Nicaragua also in its Robusto format. In their description of the cigar, they highlighted its “light red silky wrapper, brilliant and immaculate appearance,” as well as “its excellent manufacture.”

In September and after a virtual tasting held in May with our master blender, Manuel Inoa, the experts of “Cigar Journal” gave La Aurora 107 Nicaragua in Robusto format 92 points. They also placed it in their 2020 Autumn Edition’s Top 10.

On the other hand, the Toro format received 93 points from “The Cigar Authority” in October. The magazine’s experts say that it is a well-balanced and flavorful cigar. And they offered its Robusto format 92 points, early in 2021.

Also, in Robusto, La Aurora 107 Nicaragua received 91 points by “Cigar Snob” in late October. This publication considers it a “flavorful” cigar, similar to toasted almonds, hazelnut, and wood, with hints of caramel.

Also, from the Tobaccos of the World collection, La Aurora 107 in Lancero format received 92 points from “The Cigar Authority” in August. The author of the review highlighted the cigar’s Ecuadorian wrapper, “full of oils and with uniform colors.” “It is an almost impeccable wrapper that rolls up perfectly,” he says in his text.

In addition, the review of “Cigar Coop” published about La Aurora 107 Corona Gorda in October—offering it 91 points and beautiful words like “high quality cigar” and “very flavorful.” Flavors of natural tobacco, earth, cedar, pepper are some of the notes highlighted by these experts. 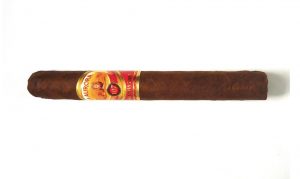 Although it has been two years since its release, our cigar La Aurora 115 Aniversario also had great reviews in 2020. In July, it received 92 points from “Cigars Lover Magazine.” The authors consider it an “intense and complex” cigar.