Some smokers want to enjoy a cigar and nothing else, but others want to highlight the flavors of the cigar by accompanying it with a drink. These second ones may choose to smoke a cigar while enjoying a good rum. In order to appreciate the synergy of this match, La Aurora Cigars and Ron Barceló have designed a tasting program for cigars and rum.

Under the descriptive designation “The Perfect Match”, the participants in the event, celebrated in different locations of the Dominican Republic, will have the opportunity of learning how to match three types of cigars and three types of rum with the assistance of experts from both companies.

The cigars and rums of the tasting

From the cigars used in the tasting with rum, La Aurora 107 stands out for being a mild cigar at the beginning, and somewhat spicy, with a strength that increases to a medium-strong level. With very typical flavors, a deep aroma of cocoa and spices and a sweet tip, its wrapper is grown in the sun in Ecuador, giving it a rustic appearance, but also a natural color. The capote (binding leaf) is Dominican, from Valle del Cibao, and the filler is aged for six years and is composed of tobaccos from the Dominican Republic, Nicaragua, Brazil and Peru. 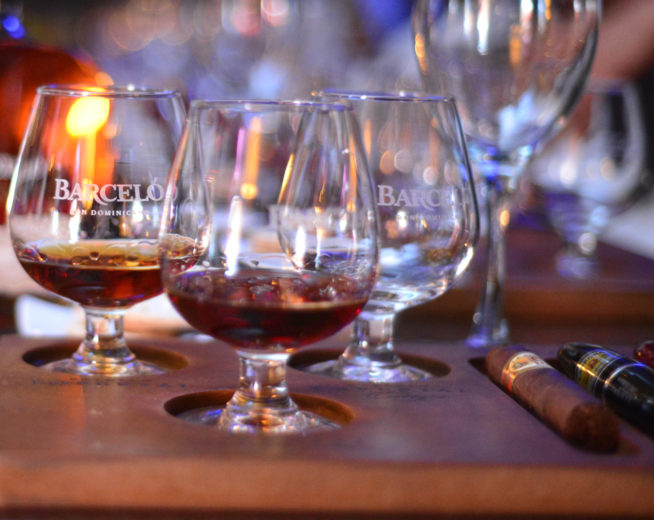 On the other hand, La Aurora 1903 Edition Ruby and Black Diamond (Preferidos) are part of an edition of six cigars manufactured in the scope of the centennial tradition of La Aurora, with different mixtures of tobacco, but with an equal shape and limited production, since La Aurora invests a minimum of eight years in the making of each of these cigars and because a skilled cigar maker can only make 100 of these cigars a day.