La Aurora Fernando Leon Limited Edition Belicoso has received 90 points from ‘Cigar Coop’, considering it a well-balanced cigar. “It’s one I would recommend to any cigar enthusiast,” says the author of the review, William Cooper. Although he believes that the market for limited edition cigars has been deteriorating in terms of quality, our cigar has restored his faith that there are still some worthwhile cigars.

In addition, he notes that La Aurora Fernando León Edición Limitada Belicoso is a cigar he would buy and smoke again. “I sincerely hope La Aurora does future runs of this cigar,” says William Cooper in his review, published on 29th March.

La Aurora Fernando León Limited Edition Belicoso was presented at the 2021 Premium Cigar Association (PCA) US trade show. As ‘Cigar Coop’ recalls, the cigar is in honour of the late Fernando León, the father of the current president of La Aurora Cigars, Guillermo León, and son of La Aurora’s founder, Eduardo León Jimenes. Afterwards, this cigar was made available wordlwide.

Its blend is highlighted by a layer of an extra aged Corojo wrapper of Dominican origin. The blend also has an Ecuadorian binder and fillers from Peru, Nicaragua and the Cibao Valley (Dominican Republic). It has been produced in only one format, Belicoso (6 1/4 x 52), in boxes of ten.

In terms of appearance, the review notes that the Fernando León Edición Limited Edition Dominican Corojo layer has a medium brown colour with a pinkish tinge. “There was some oil on the surface of the wrapper. There were some visible veins and some visible wrapper seams,” describes Cooper.

Regarding the taste, the review describes that prior to lighting, this cigar gives off notes of wood, earth, and a slight cedar note. Once lit, the author of the review perceived notes of sweet natural tobacco, black pepper, wood, cedar and earth.

“Early on the sweet natural tobacco notes moved into the forefront. The sweetness seemed to be at the right level and was not too overpowering. Meanwhile, the black pepper, wood, cedar, and earth notes settled in the background.,” he details. The retro-hale brought additional hints of black pepper and cedar.

During the second third of the Fernando León Limited Edition Belicoso, this expert smoker noticed that the cedar and pepper notes increased. “The natural tobacco notes remained primary and some of the sweetness dissipated. The wood and earth notes continued to round out the flavor profile.,” he describes. 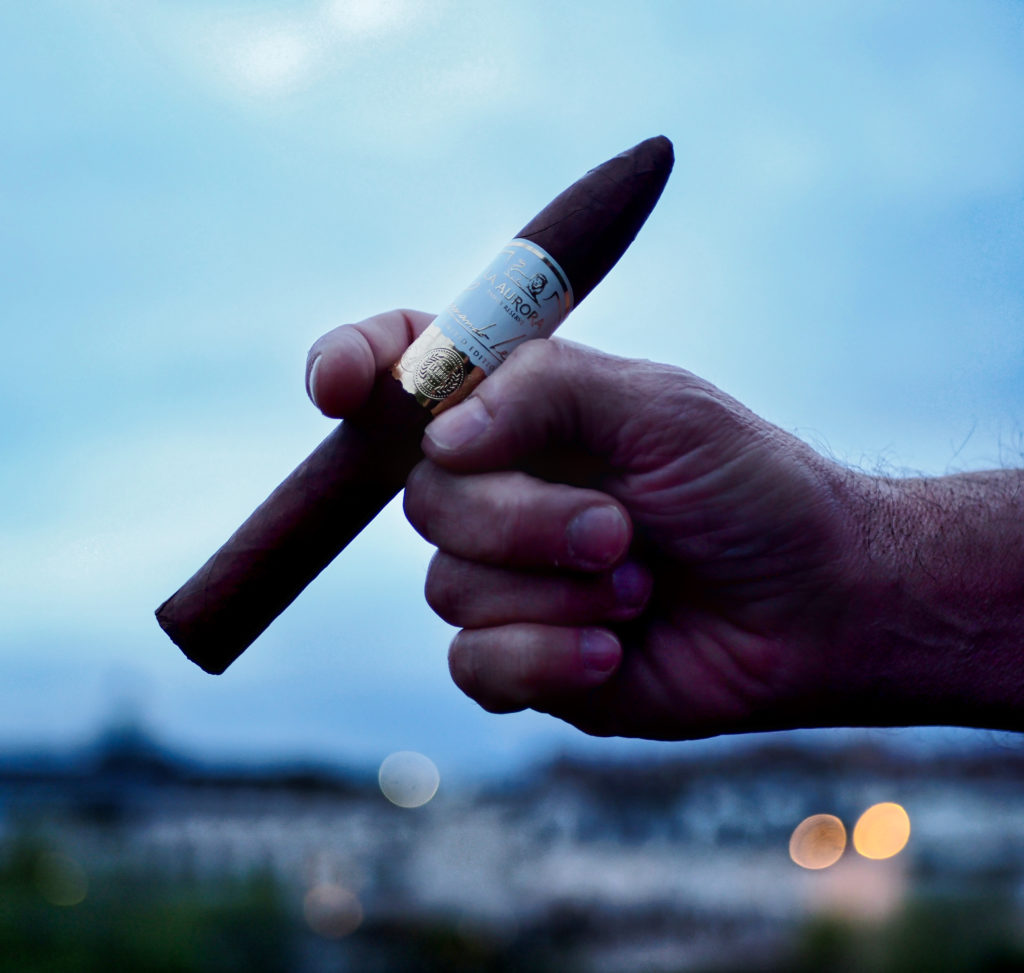 A cigar with excellent combustion

The combustion of the Fernando León Limited Edition was, according to this expert, “excellent”. Furthermore, he adds that the burning speed and combustion temperature worked at an ideal rate. Although he considers that the draw was a little tight, the cigar produced an acceptable amount of smoke to enjoy.

In summary, ‘Cigar Coop’ notes that La Aurora Fernando León Limited Edition Belicoso has flavours of natural tobacco, wood, cedar, earth and pepper. In addition, he considers the way it burns to be excellent; it pulls very well and has a very good finish. Finally, Cooper considers its complexity to be medium-high; it has a medium to full body and medium strength.