“I was destined to enter the world of cigars,” says the president of La Aurora, Guillermo León, in an extensive and beautiful interview published in ‘Smoking Seven’. He continues recounting his early moments in the world of tobacco, going from a young age with his father and brothers to the plantation, where they played among the bales of tobacco. “I grew up around tobacco, seeing it as something normal in my day to day,” he explains.

Now, he feels that his duty is to continue with the work that his father, his grandfather and his whole family did before him. “It’s a great challenge that I proudly accept as part of my life’s mission,” explains Guillermo León to the author of the interview, Fernando Rodríguez from Mondesert. He adds: “I emphasize family values ​​because I believe that they should always be present in every step and decision we make. Without them, we would not be what we are today.”

The honour of continuing the family legacy

All his own effort and the efforts of his family fill him with admiration. “When I look around me and see all that we have achieved with hard work from generation to generation, I am amazed,” says the president of La Aurora. He considers it an honour to carry on the family legacy and, with it, try to build a better society and a better country.

“I greatly appreciate the lessons and advice I have received from my family and especially from my father, it is to him that I owe my knowledge and the one who transmitted to me the passion for what I do”, comments Guillermo León.

With all that family tradition behind him, Guillermo León tried his first cigar when he was very young, an Aurora Bristol Especial. “That first cigar felt like my true beginning in the great family project of La Aurora,” he recalls. Now the company has a cigar made to León’s specific taste and preferences, La Aurora Family Reserve Guillermo León Corona Gorda. It is the only one from La Aurora that has two wrappers, which give it more complexity. 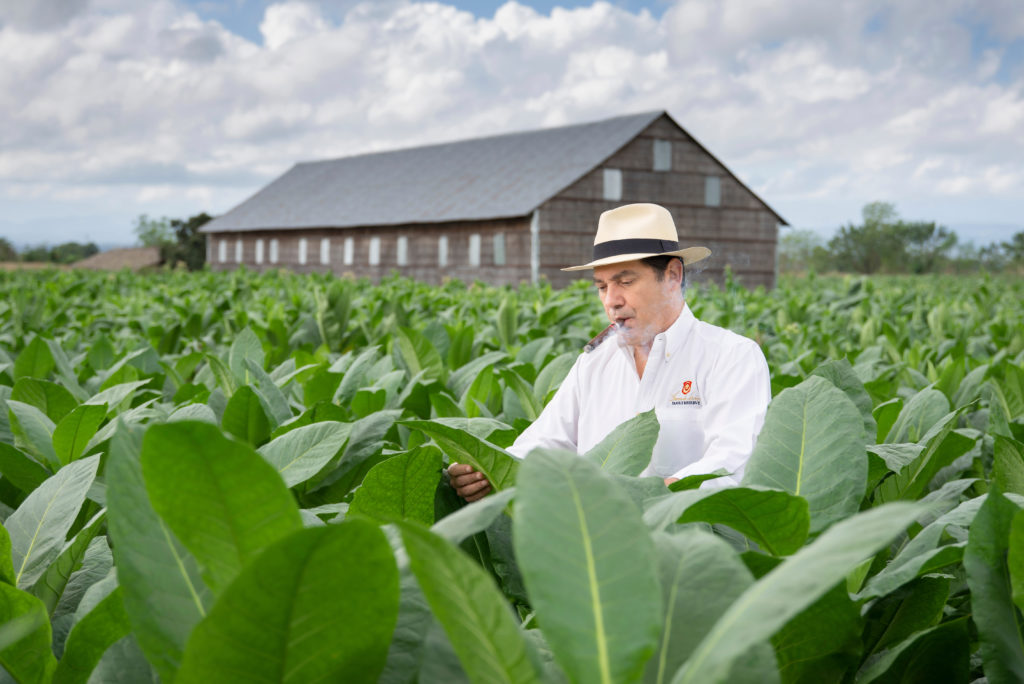 Aside from his tastes, Guillermo León believes that “lighting a cigar is in itself a special occasion”, and that “the enjoyment of a cigar requires the right time and space”. As a pairing with the cigars, he proposes the E. León Jimenes 110 Aniversario rum. “Almost ten years have passed since we developed it to be the perfect pairing… it still is for me,” he says in the second half of the two part publication.

Create an appealing product of high quality, with flavour and aroma

Regarding smokers, the president of La Aurora believes that current smokers know what they want and have high expectations. “We are attentive to the frequent evolutions of the market and we have noticed that there are periods where the market demands something different but others in which it wants to perfect what it has,” he details. As for the future, he says that in La Aurora there are no limitations. “In my mind, everything you think we can achieve, with tenacity, dedication, creativity and a great team,” he says.

León believes that more than ever the consumer has access to countless options, because the tobacco industry is an extremely competitive space. “We are convinced that our duty is to create an appealing product focused on quality, flavour and aroma, so that the consumer is responsible for pushing our industry forward,” he argues.

On the other hand, he understands that cigar outlets have the opportunity to offer a real connection with the product and other smokers, as well as being a good channel to transmit knowledge to new consumers in search of new experiences. “That’s where the culture of our industry is formed,” he says in the interview on ‘Smoking Seven’.