The specialised magazine ‘Cigar Aficionado’ has published an article about our La Aurora Family Reserve Fernando León Legacy Lancero cigar. In the text, published May 20th, it explains that the launch of this limited edition cigar (just 1,000 boxes, each containing 10 cigars) honours Don Fernando León Asensio on what would have been his 100th birthday. 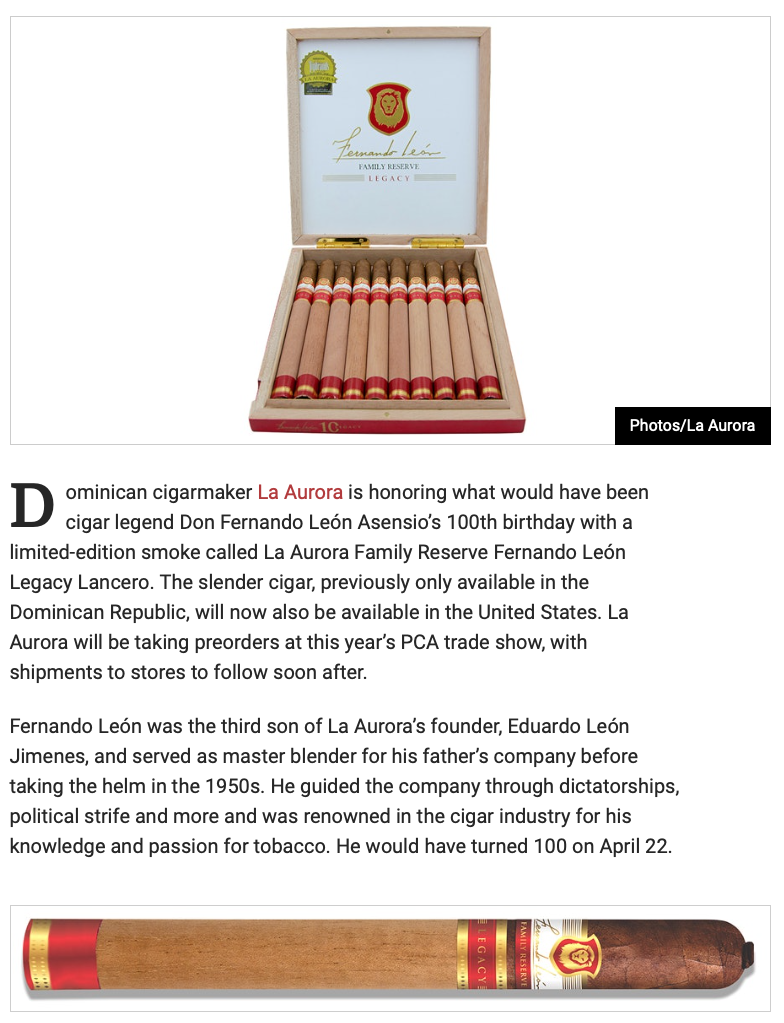 “The slender cigar, previously only available in the Dominican Republic, will now also be available in the United States,” says the article, written by Thomas Pappalardo. He adds: “La Aurora will be taking preorders at this year’s PCA trade show, with shipments to stores to follow soon after.”

Later, the magazine recalls that Fernando León was the third son of La Aurora’s founder, Eduardo León Jimenes, and was the company’s master blender before taking the helm in the 1950s. “He guided the company through dictatorships, political strife and more and was renowned in the cigar industry for his knowledge and passion for tobacco. He would have turned 100 on April 22nd,” the article details.

The cigar is a little shorter (6 7/8 inches long) and a little fatter (40-gauge) than a traditional lancero, notes ‘Cigar Aficionado’. “It has the lancero’s traditional pigtail cap. Lanceros, which are part of the larger panetela category, are an elegant size, where the thinner ring gauge allows the wrapper to play a larger role in the flavor profile,” adds Pappalardo.

Although they are highly appreciated by experienced smokers, their popularity has decreased in recent years due to the growing market trend towards thicker ring gauges, notes Pappalardo. 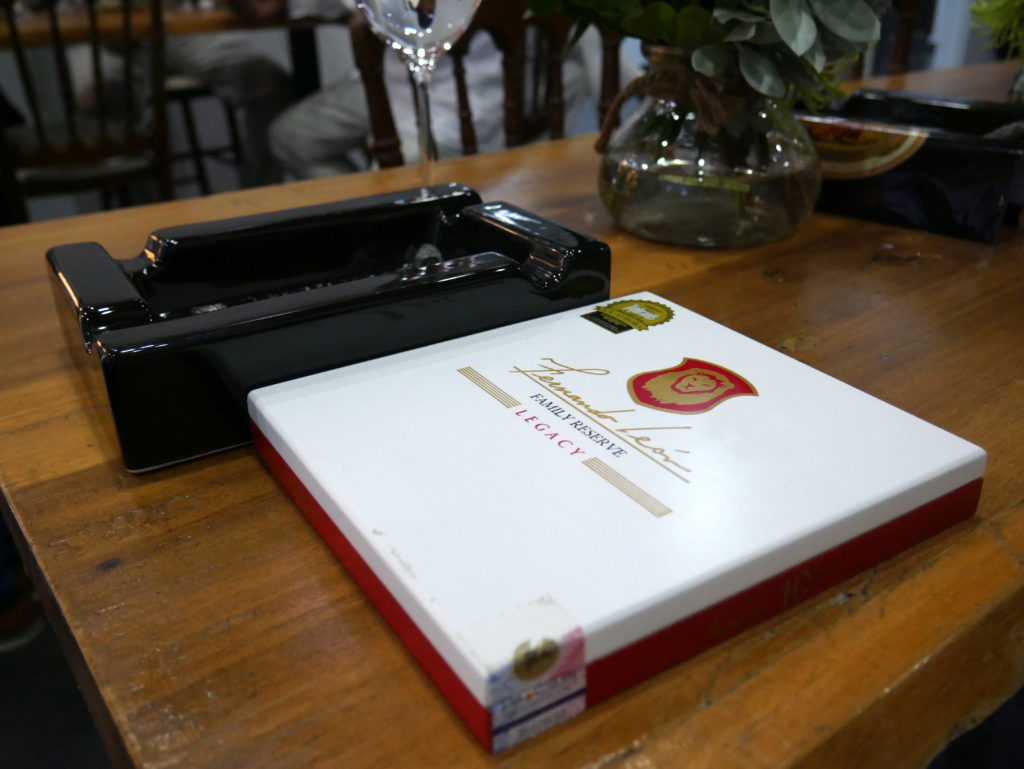 La Aurora Family Reserve Fernando León Legacy Lancero is made with a Dominican binder, a blend of Brazilian and Dominican Republic tobaccos in the filler, and is wrapped with a specially aged Corojo wrapper which was harvested in 2008.

This Corojo wrapper has an additional special significance: it was the last project developed by Don Fernando before his passing in 2009. The leaves of the wrapper were grown on his experimental farm in Sabana del Puerto, in the Bonao region of the Dominican Republic.