Inside the magazine, the ten-page interview (page 22 to 32) begins with another beautiful quote from Don Guillermo: “My family’s legacy is to serve the Dominican Republic.” And he details how he enjoyed his childhood, along with his family and with tobacco being part of his daily life, accompanying his father to the fields and listening to his conversations with the harvesters.

During the interview, Guillermo León also emphasizes that La Aurora continues to be a productive and model company, which preserves the philosophy that has distinguished it over time. And with values and principles inherited by the new generations of the family, that have also been passed on to their employees.

“Our vision is to be the leading company in the products we offer and that is the foundation of every decision we make on a daily basis,” explains Guillermo León.

Respect, work, commitment, creativity, innovation, passion for excellence and family values are the principles surrounding La Aurora and everyone who is part of the company. As “Ritmo Social” points out in the interview, the mission undertaken by this family business is to offer tobacco lovers extremely high-quality products that are able to sensorially transport users to the roots of its foundation.

“Our vision is to be the leading company in the products we offer and that is the foundation of every decision we make on a daily basis,” explains Guillermo, who is passionate about his work, despite having the responsibility of passing on the family legacy to his men.

As for the cigars themselves, he points out that the tobacco blends used are “complex,” composed of leaves harvested in Valle del Cibao (Dominican Republic), together with tobacco from other origins. “Each cigar is a work of art, an experience, a story,” says the president of La Aurora.

To satisfy all tastes and to position ourselves in other countries, La Aurora has a large number of references. In this interview, the president of La Aurora points out the foreign acknowledgement of cigars such as La Aurora 115 Aniversario, the Tobaccos of the World collection of La Aurora 107, the La Aurora 1495 line or the Preferidos line, with their colorful and appealing tubes. 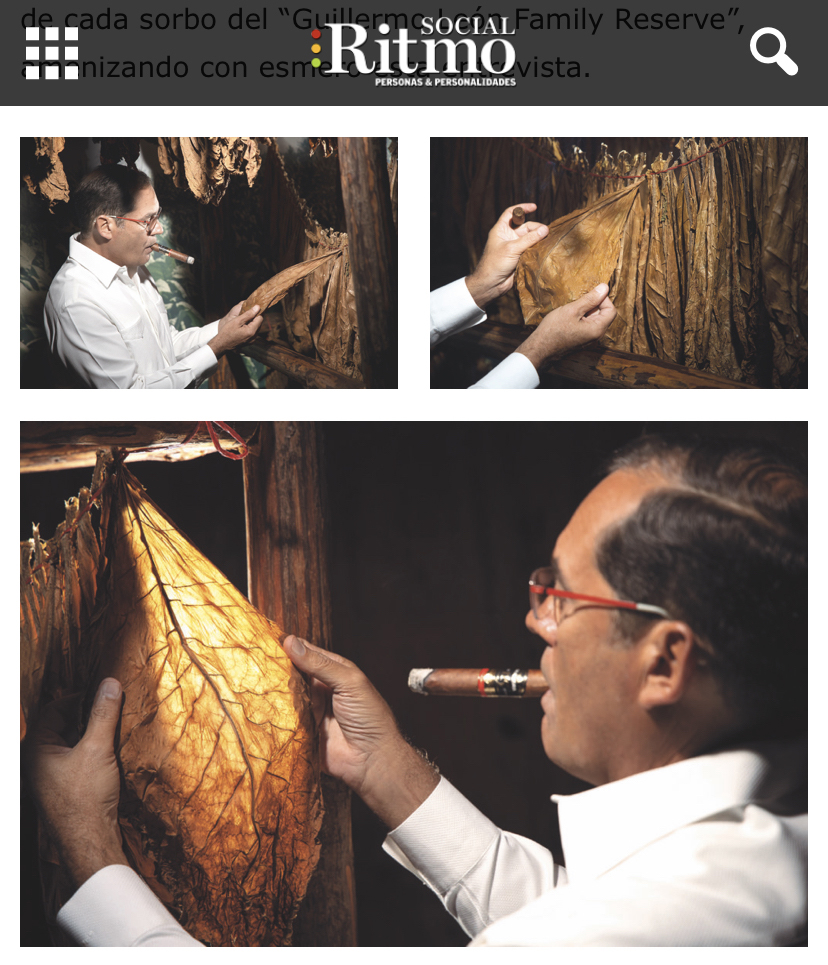 The president of La Aurora also talks about the boom that the Dominican cigar industry is experiencing. He adds that the Covid-19 pandemic has not caused a drop in cigar demand, except in some markets that depend on tourism, such as the Dominican Republic or Spain. On the contrary, other markets—such as the United States—have seen an increase in demand, because telework gives us plenty of moments where we can enjoy a good cigar.

Finally, Guillermo León explains some of his personal preferences. For example, he points out that his favorite time to smoke a cigar is after lunch or that his philosophy of life is: “Never give up”.