Not all cigars taste the same, nor do they burn equally, or have the same length or thickness, nor will smoking them take the same amount of time, nor do they have the same types of tobacco. For all this, smoking each type of cigar is different, and their flavors and aromas are felt in a different way. Therefore, tasting notes are a very useful tool for consumers, since every smoker prefers a certain type of cigar. Tasting notes help to select a cigar according to the flavors we are looking for.

Before knowing the flavors, we have in a cigar (collected in a tasting note), that is to say, before smoking it and detecting its notes, it’s useful to understand its characteristics:

Once these aspects of the cigar are known, smokers—fans and non-beginners—can be guided by the tasting note to know what flavors and aromas they will find when smoking it.

People that write reviews about cigars often divide the smoke in thirds. 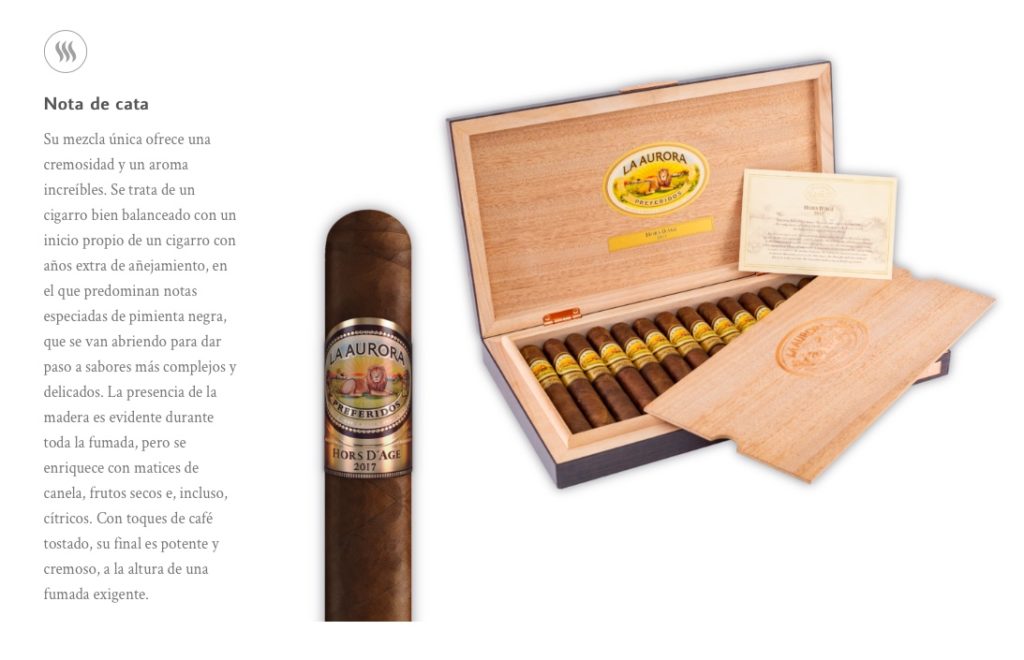 Which notes does the cigars’ tobacco release?

According to the master blender of La Aurora, Manuel Inoa, as much as 10,000 aromas can be detected with the nose, whereas the mouth will only perceive four basic flavors—acid, bitter, salty and sweet—plus the umami. In general, in a cigar we can perceive notes of:

Tasting notes often use expressions that do not define a concrete flavor, but rather a sensation, that is to say, how the smoke from that particular cigar is felt. In this sense, we can say a cigar is chewy because, when smoked, it feels that it has a texture that could even be chewed. Others may qualify as dry cigars, when they dry out the saliva in the mouth; or hard, when they contain lots of pepper notes or stronger flavors.