Specifically, regarding La Aurora Preferidos Broadleaf, the publication says that this cigar of the 1903 range provides a “bold and tasty” smoke. “Rich in wooden, creamy and spicy flavors. It shines at the end with nuts and citrus notes,” describe the critics of the magazine. 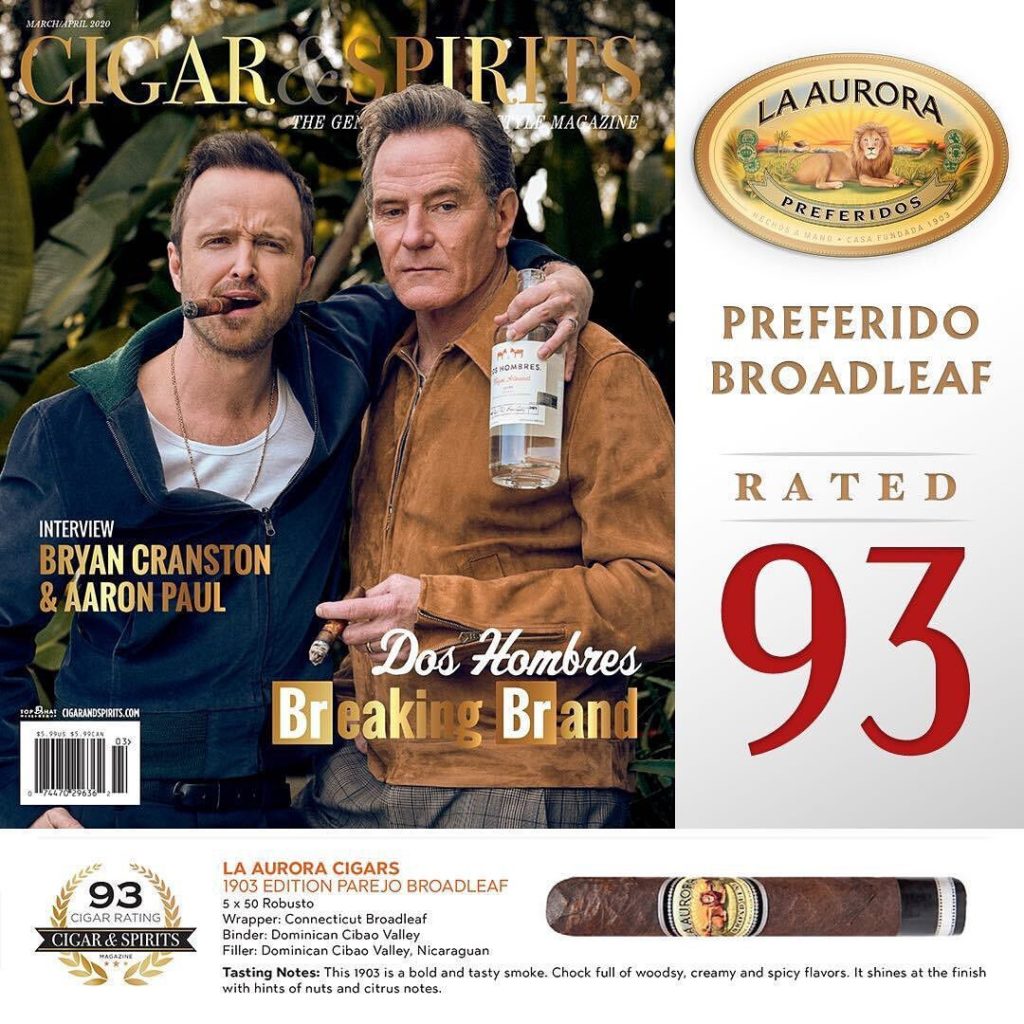 La Aurora Preferidos Broadleaf is part of a range of six completely different cigars, La Aurora Preferidos 1903 Edition Parejo. All these cigars are produced with different blends, but with the same careful selection. Its shape is Perfecto, so it has a limited production: an experienced tobacco-maker can only make one hundred of these cigars a day. 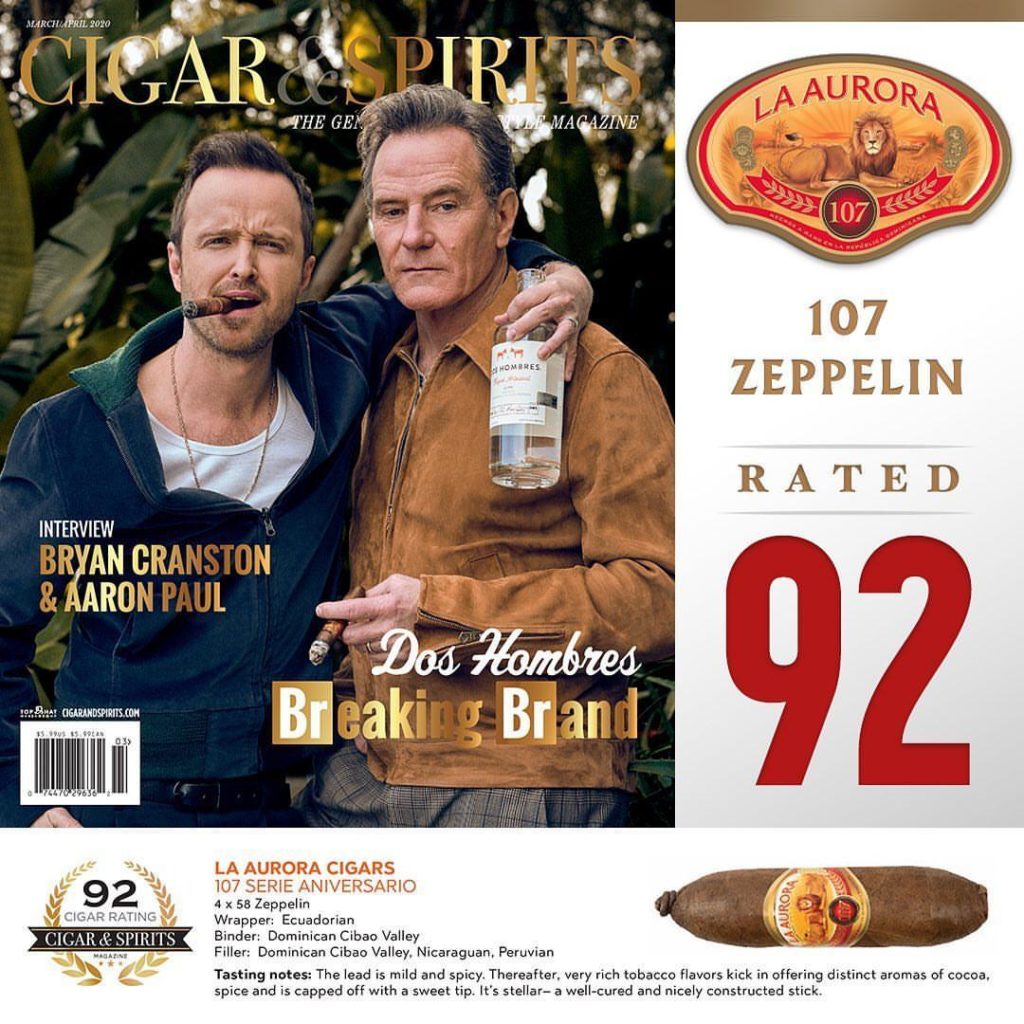 On the other hand, La Aurora 107 Zeppelin (4×58) is “smooth and spicy” at the beginning. As described by the magazine, very rich tobacco flavors and aromas of cocoa and spices subsequently emerge, which are topped with a sweet touch. “It’s excellent, it’s a well-cured and well-built cigar.” conclude the critics.

La Aurora Preferidos Maduro, “not to be missed”

Finally, La Aurora Preferidos Maduro also evaluated in its Robusto shape, “is a stronger medium cigar with flavors of cedar, coffee, butter and cream,” as described by ‘Cigar and Spirits’. “One cannot miss this Maduro,” recommends the magazine. 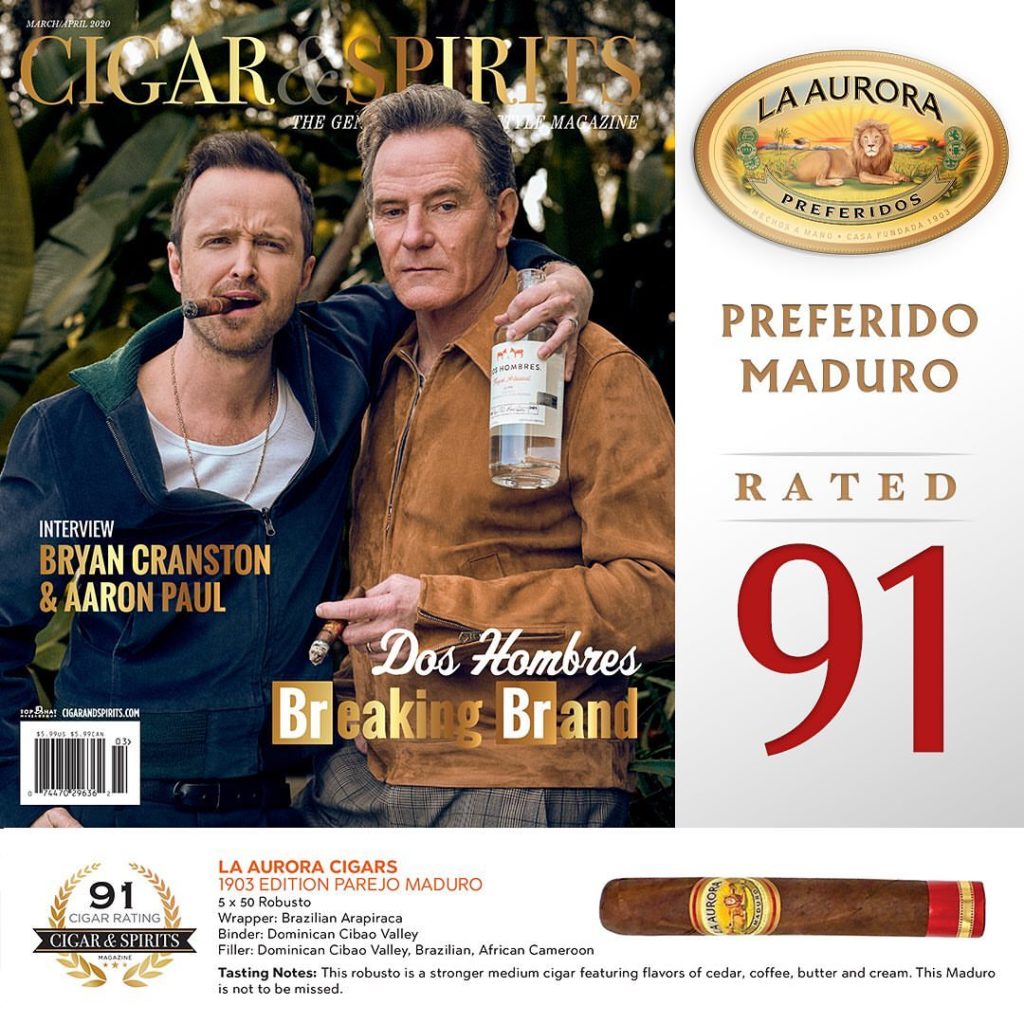