La Aurora 115 Aniversario Regular is once more among the best cigars in 2019. This time, it was “Halwheel” to highlight our memorial cigar, in its Limited-Edition Gran Toro size, ranked 12thon its list of Top 25 cigars of 2019.

In their review, the publication gives La Aurora 115 Anniversary Limited Edition a score of 92 points. The article reminds readers that, in addition to launching a limited edition—in Belicoso (6 1/4 x 52) and Gran Toro (6 x 58) formats—, we have also created a regular edition. Gran Toro was sold in special jars, whereas Belicoso was marketed in boxes.

The wrapper from Ecuador, the Dominican binder, and the Dominican and Brazilian tobaccos in the filler create a “complex, smooth and creamy profile, that’s easy to enjoy from start to finish,” says the author of the text, Brian Burt. So, he invites those who avoid large-ring-gauge cigars—thinking they are not as tasty as medium or small ones—to try the limited edition of La Aurora 115 cigars. 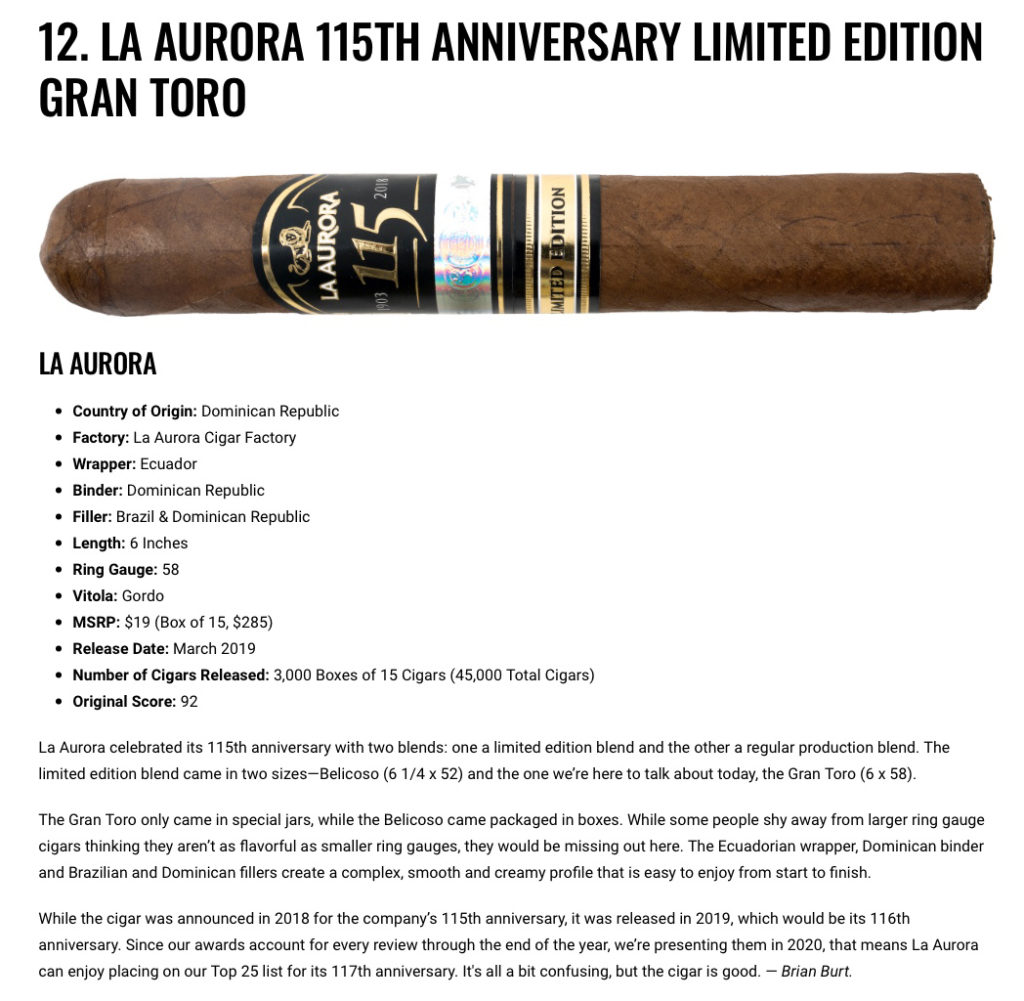 This cigar obtained great scores throughout 2019. From the highest 97-point score, awarded by “The Cigar Authority,” down to the 96 points by “Cigar and Spirits,” 94 by “Blind Man’s Puff,” and 93 by “Cigars Lover”. To this list of qualifications, 91 points by “Cigar Snob” and 90 by “Cigar Coop” have also been added.