On Monday, January 13, the football team from Louisiana State University (LSU), Tigers, emerged as winner of the College Football National Championship. How did the players celebrate? Smoking a La Aurora Barrel Aged by Karl Malone cigar.

The son of former basketball player Karl Malone, KJ Malone, who is the team’s coach, gave them cigars to enjoy their victory with. This original celebration was widely echoed in the media and social networks. Even the Forbes magazine wrote an article about it. 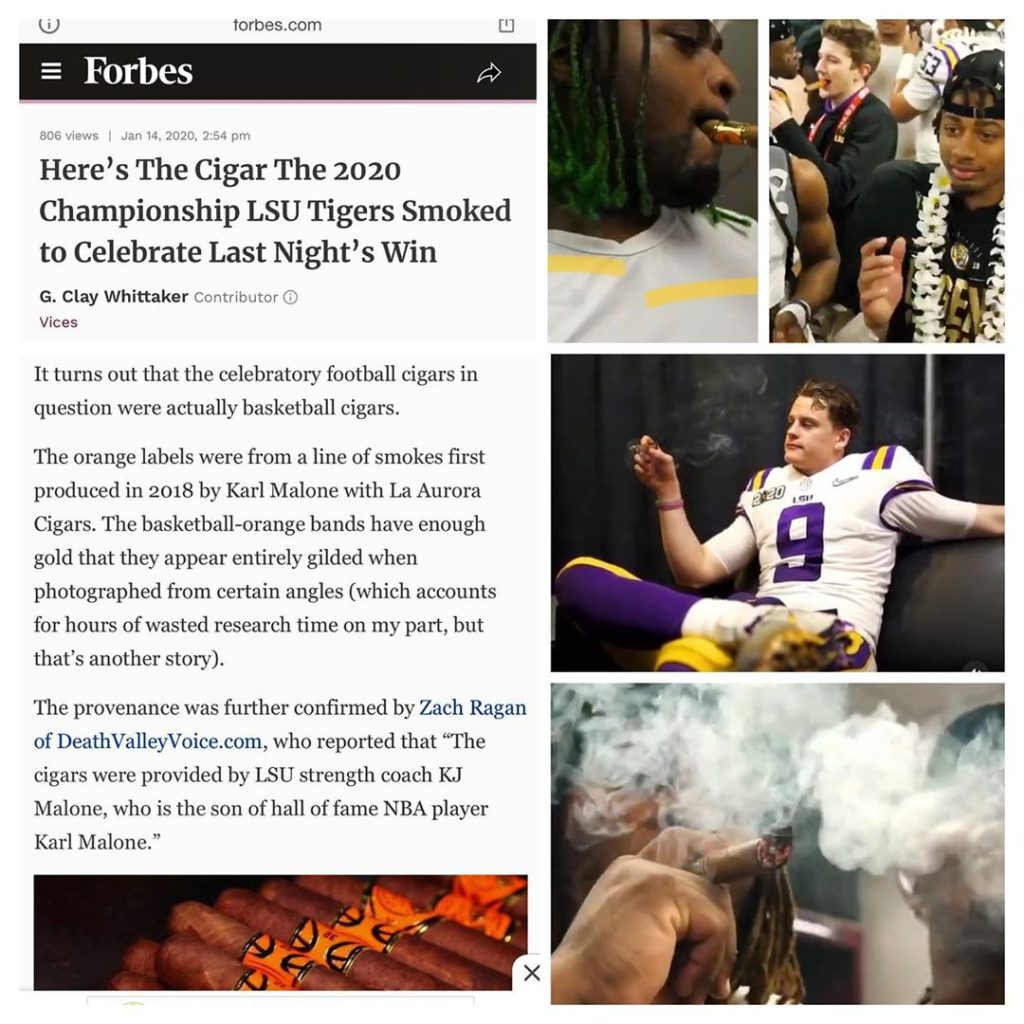 La Aurora Barrel Aged by Karl Malone was released in the market in late 2018. This cigar is composed of a wrapper and binder from Ecuador, and a blend of tobaccos from Peru, Nicaragua and the Dominican Republic as filler. It’s available in four sizes:

Aging in barrels of rum

Tobaccos are aged for six years before spending another six months aging in barrels of rum. This gives the final cigar its aromatic notes from aging in a barrel, as well as the toasted wood notes. Thus, all tobaccos in this blend—except for the wrapping leaf—are aged for six months in barrels of rum. They also remain in the aging room for three months after being rolled.

Specifically, this is a cigar with a resounding start with hints of black pepper, that later give way to more complex and delicate flavors. In addition, there are notes of wood throughout the whole smoke, along with hints of cinnamon and nuts. It has a powerful, creamy finish. Its strength is 8 out of 10.