La Aurora, S.A. launches Hors d’Age, a new Limited Edition of an extra-aged cigar, which will be presented at the next the Annual International Premium Cigar & Pipe Retailers (IPCPR).

The main characteristic of this new Super Premium cigar is that La Aurora has invested 12 years from sowing the seed until the cigar is finished. All the tobacco used in the manufacture of this cigar has been harvested in 2006, the ageing to which this product is subjected is twice the usual of the most premium lines of La Aurora and the production is limited to 6,000 boxes for all the world. 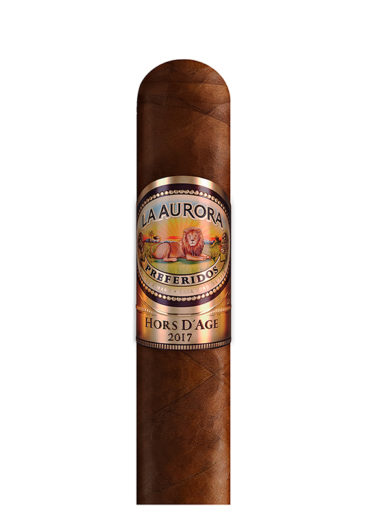 For the production of La Aurora Hors d’Age, a wrapper and a binder from Ecuador have been used, while the filler is composed of a mixture of tobacco from Colombia, the Dominican Republic and Nicaragua.

Its unique blend offers incredible creaminess and aroma. It is a well-balanced cigar with a start unique to a cigar with extra years of aging, in which spicy notes of black pepper predominate, which give way to more complex and delicate flavors. The presence of wood is evident throughout the smoke but is enriched with nuances of cinnamon, nuts and even citrus. With touches of roasted coffee, its finish is powerful and creamy, at the height of a demanding smoke. 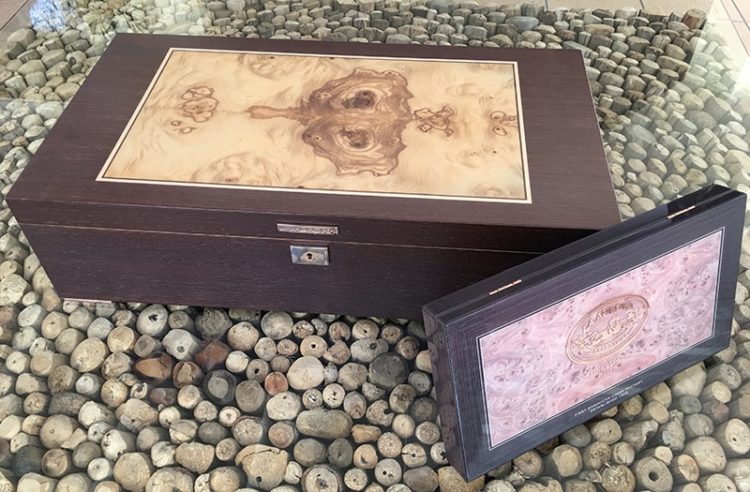 To commemorate this launch, La Aurora has also produced an extremely limited amount of humidifiers with a humidification system called Cigar Spa. The lid has been made with Spanish olive root and cedar wood has been used for the interior trays. The metallic finishes are pink gold.