In face of adversity, we better gather our strength and move on. That is why, despite the Covid-19 pandemic, we wanted to continue with what we love best: taking our cigars and the tobacco culture around the world. As it was impossible for Manuel Inoa to visit different countries to spread his wisdom and make our products known, we have reinvented ourselves. His already famous tour of multiple markets has become a virtual tour.

Through Zoom videoconference platform, we have been able to present our latest release, La Aurora 107 Nicaragua, to different markets. We have also explained the characteristics of other cigars in our range, such as La Aurora 115 Aniversario or the rum E. León Jimenes 110 Aniversario. And, as usual, Manuel Inoa has also answered doubts from fans and beginners in the world of Premium cigars.

Specifically, Manuel has offered tastings and virtual seminars to the following markets in Europe: 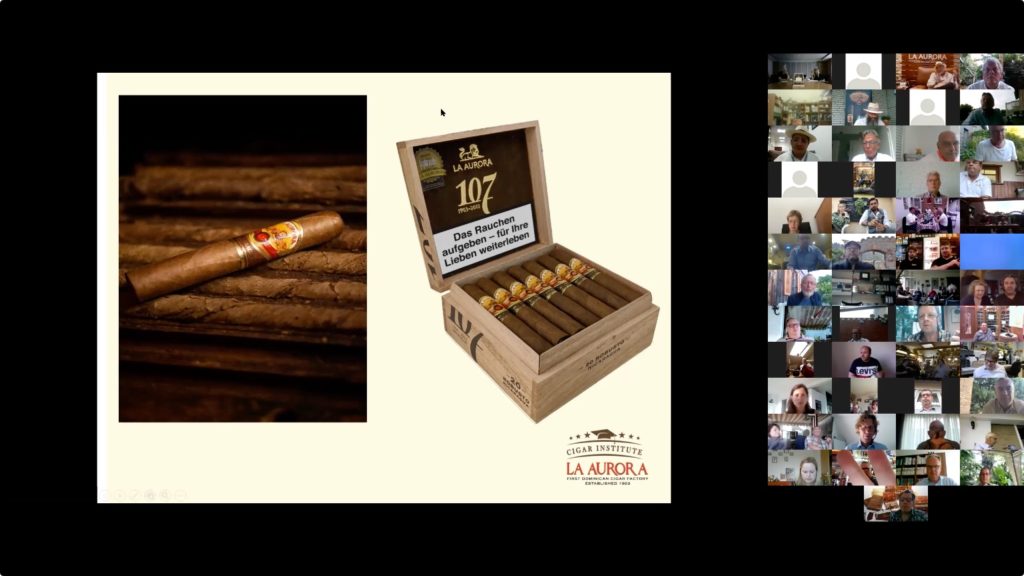 Master Class on La Aurora 115 Aniversario for the Swiss market. At this “meeting”, held on June 24th, our master blender described to Swiss retailers and experts the cigar that celebrates the 115thanniversary of La Aurora 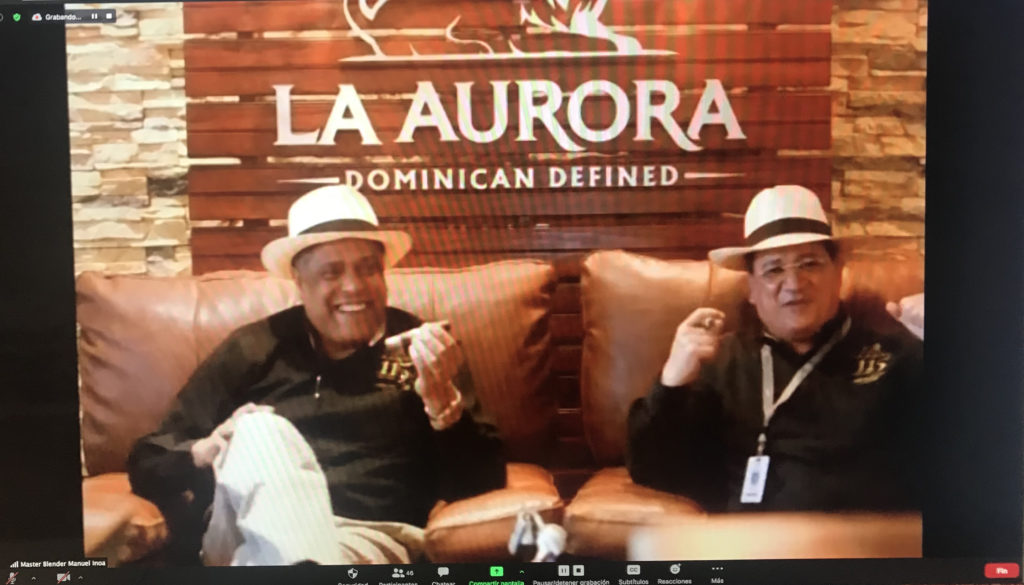 With these events, we have reached about 800 people. 85% of the attendees were specialized retailers, 10% were clubs and journalists and 5% were consumers. Additionally, Manuel Inoa held a talk on the “Burkina The Revist” blog Instagram account (June 10th). But this does not end here, new digital meetings are already planned: again, with Germany and Switzerland, and with Russia.

Online tour in the Dominican Republic

For the local market, we have held the following “meetings” with Manuel Inoa as master of ceremonies, also via Zoom:

Seven other events are scheduled for July in the Dominican Republic.

In the United States, Manuel Inoa had an interesting talk with William Cooper, the founder of the Cigar Coop blog. It was held on June 18ththrough Facebook Live.