La Aurora 115 Limited Edition has received many good reviews and very high ratings in different specialized magazines and blogs. The highest was awarded in April by the ‘The Cigar Authority’. They gave a 97 points rating to the Gran Toro shape, one size that they consider highlights the cigar blend.

“A cigar that makes you smoke slowly and enjoy the moment. La Aurora 115 Aniversario is one of the most balanced cigars I’ve smoked, with an awesome profile of flavor and aroma from La Aurora,” writes the author of the review.

The second highest rating was awarded last June by ‘Cigar and Spirits Magazine’. In this case, they evaluated the Belicoso shape. The authors described it as an “excellent” cigar. 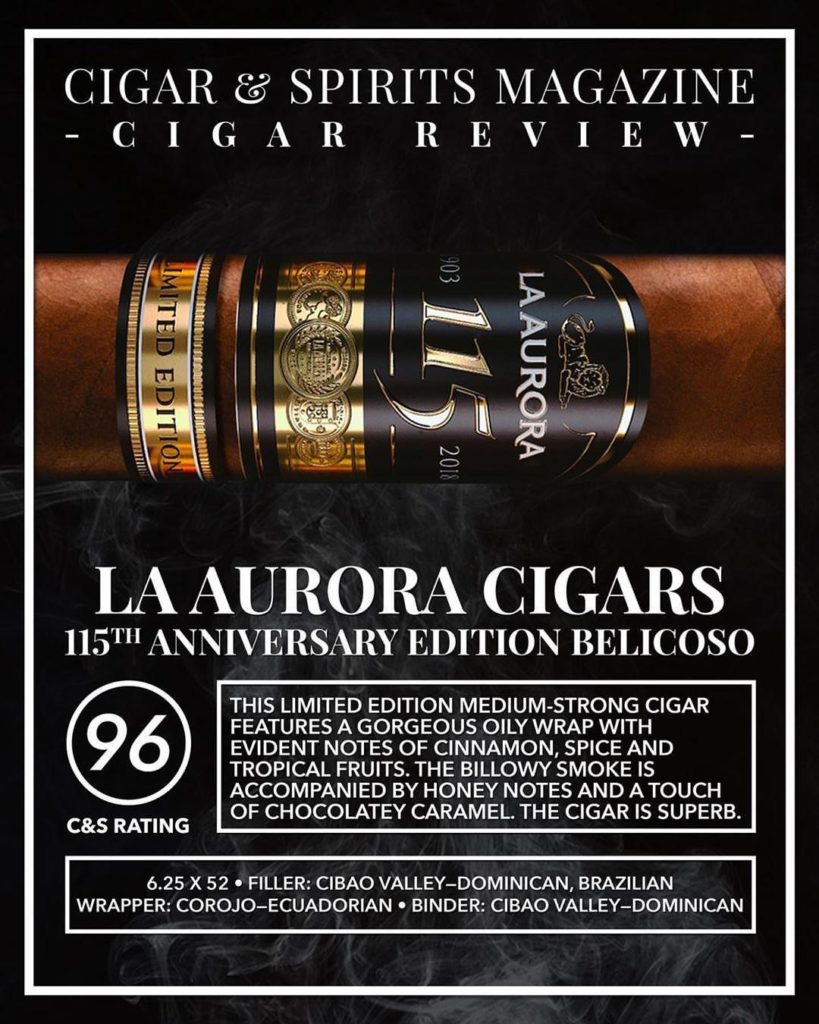 “This medium-sized limited edition cigar has a beautiful oily wrapper with obvious notes of cinnamon, spices and tropical fruits. The billowing smoke is accompanied by notes of honey and a hint of chocolate-flavored caramel,” describes the magazine.

In another review of La Aurora 115 Aniversario Limited Edition in Belicoso shape, ‘Blind Man’s Puff’ gave it 94 points. The author says he enjoyed the taste from start to finish. “I highly recommend this cigar,” he says in his text.