The ageing of tobacco in barrels is a relatively new practice, compared to beverages such as wine, whisky or rum, which have been using wood for centuries to age and enrich these products. At La Aurora, we use rum barrels for ageing tobacco leaves to give a “distinctive” touch to our super premium cigars and special editions.

This technique is intended to give the tobacco a touch of aged smoked wood, different from that of cedar wood, as our master blender, Manuel Inoa, explains. “It’s to look for a distinctive flavour that the American oak barrels give when they are no longer used for rum,” Inoa emphasises. “We age tobacco this way for our super premium and limited edition cigars.”

The rum barrels are burnt inside to process all the rum. At La Aurora we use them 15 to 20 years after they have been used for rum. This is the time needed to remove all the distillate from them, i.e. to remove the aromas of the alcohol, as Manuel Inoa explains. 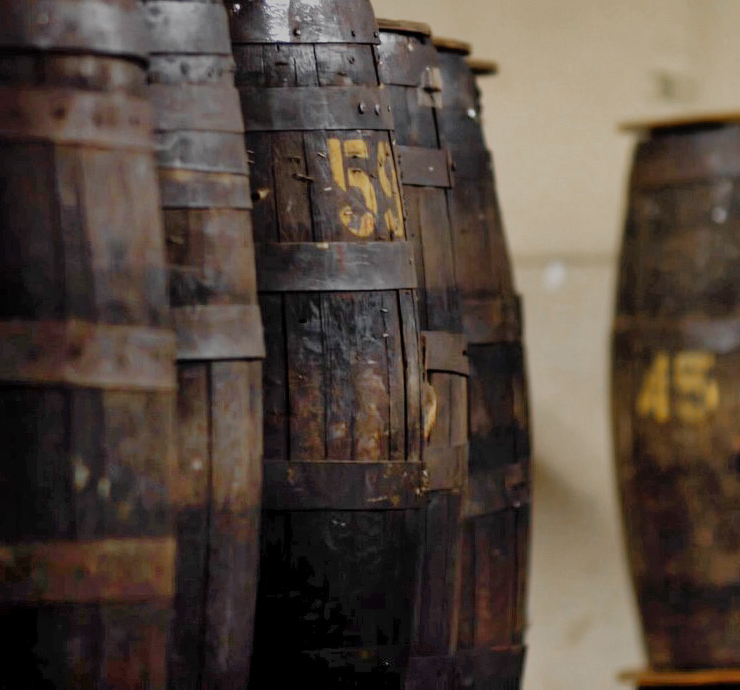 A way to add complexity to the cigars

We launched our first line using barrel-aged tobacco in 2004 with La Aurora Preferidos Platinum, Emerald and Gold, as the magazine ‘Cigar Journal’ recalled in a recently published article. The result of this experience was so positive that we extended the barrel-ageing process as extra ageing for all of our super premium lines.

We age dark tobacco in rum barrels, usually for use in the binder and filler of our super premium or special edition cigars.

Our Marketing and Sales Director for Europe and Asia, Gustavo Velayos, points out that only the best cigars undergo this extra ageing process. “We can consider these cigars as the best of the best. The ones that exceed our quality standards. And that’s why we can add even more complexity to our cigars,” Velayos tells ‘Cigar Journal’.

Our rum ages for 10 years in barrels

On the other hand, it is worth mentioning the barrel-ageing process of our E. León Jimenes 110 Aniversario rum. This unique super premium rum spends the first eight years in virgin American white oak barrels, which give it most of its flavour. And the last two years it is aged in virgin French oak casks, which give it roundness, homogeneity and character.

E. León Jimenes 110 Aniversario rum is the perfect pairing for premium cigars and has been widely awarded and critically acclaimed. Last August it was named ‘Rum of the Year’ (2022) by USA Spirits Ratings, whose panel of judges awarded it a Gold Medal and a score of 94 points. Quality, value and packaging were the three categories in which it was rated highly.

In addition, it was awarded the Double Gold Medal at the World Spirits Competition in San Francisco (USA) in 2020. It also has a score of 97 awarded by the Beverage Testing Institute. All these recognitions show that this is a spirit of the highest quality, with broad consumer appeal.