When smoking a cigar, choosing a good device to light it is key. It’s important that the flame doesn’t release any odor that might impregnate the cigar, therefore, changing the aroma and flavors released by its blend.

“It’s important to consider that, when you light a cigar, you mustn’t use benzine lighters or scented candles”, explains the President of La Aurora, Guillermo León. “I prefer to use a gas lighter. You can also use a cedar leaf, which would be a perfect match for the smoke,” he says. 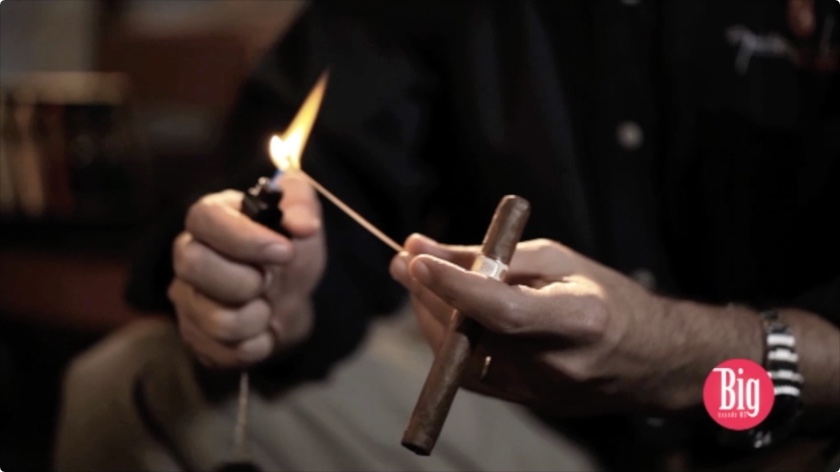 And, once the selection of the lighting mechanism is made, we must also know the right method to light it. “You must ensure that the cigar is evenly lit so it doesn’t burn sideways,” advises Guillermo León in the following video, from the ‘Big Brands’ television show from Telesistema (channel 11) that was broadcast a few years ago.

In order to light it evenly, roll the part of the cigar over the flame, holding it in your hand or do it directly with the cigar in your mouth. Afterwards, inhale to bring the flame into the cigar, and then roll it.