The airflow of a cigar conditions the effort required to smoke it. As Willman Hernández, La Aurora’s Quality Control Manager explains: “It must not be too high or too low”.In other words, it shouldn’t be difficult to inhale the smoke to detect the different flavours, nor should great amounts of smoke be inhaled easily either. The first thing we look for in a cigar is that it be smokeable. “Smokers usually say that a cigar with bad airflow, is a bad cigar”, says Hernández.

If airflow is forced, it is unlikely that lighting and burning will be perfect. That’s to say, if after lighting the cigar there is little air, then it won’t burn well or the cigar could either burn down the side or not at all, resulting in the cigar going out. Consequently, the lack of smoke will not allow the smoker to appreciate the product.

Equally, low airflow of a cigar can affect how the cigar burns, also resulting in a negative experience. According to La Aurora’s Quality Control Manager, “when airflow is low, the mouth can heat up causing a disagreeable smoking experience”.

The correct proportions of tobacco are key 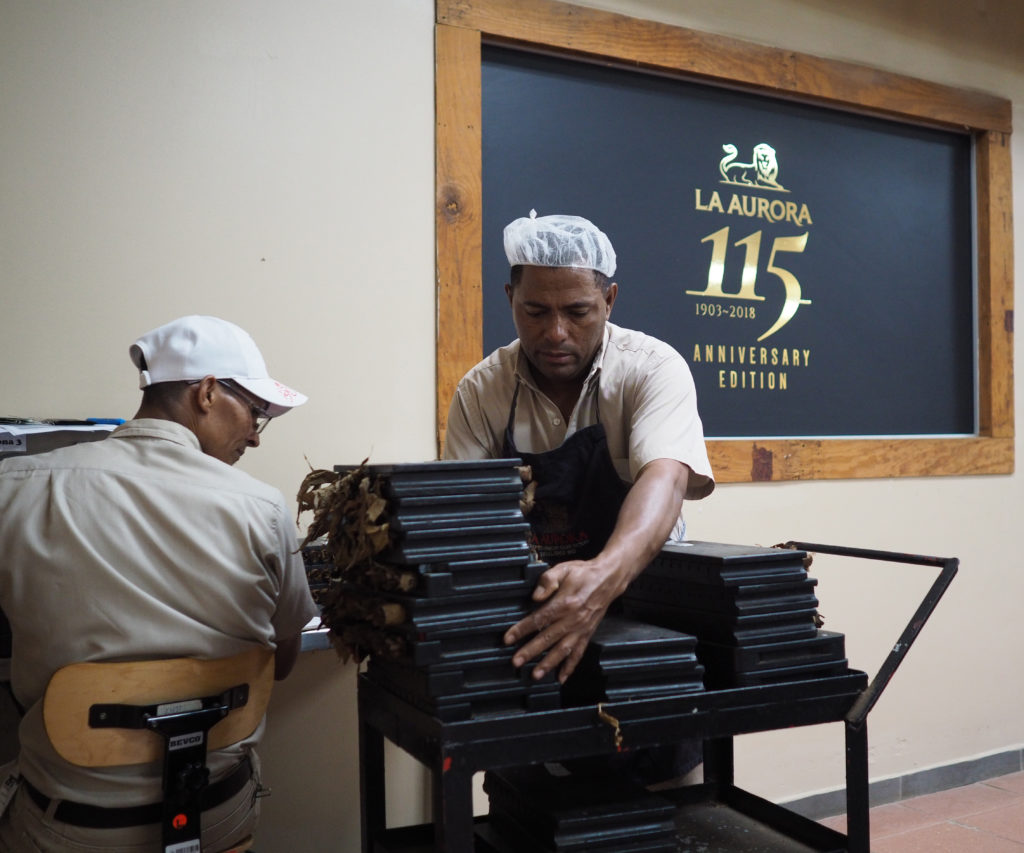 Only a cigar rolled with the correct proportions will allow the savouring of flavours and aromas of certain strengths. “The differences are easily appreciated. Excess heat can cause acidity in some people”, Willman Hernández goes on to say.

Hence both extremes of either high or low airflow can affect and even damage the smoking experience. For this reason, La Aurora carries out daily quality controls on their cigars. What exactly do these tests consist of to guarantee the final airflow of our cigars?

In particular, the cigars are weighed because, depending upon the type of cigar (size and shape), it must have a specific weight. “This allows us to check that the correct amount of tobacco is being used for each cigar. Afterwards, airflow is analyzed using a machine that measures it in inches of water”, explains David Rodriguez, one of the supervisors of this important task of evaluating the airflow of the cigars.

If the cigars surpass the highest level of water inches specified, they are discarded. Cigars with airflow above this value are believed to require a lot of effort to smoke. In other words, the smoker has to try very hard to generate smoke when inhaling.

In reality, our product is smoke. In other words, our goal is to produce the right amount of smoke of the right quality, so as to provide the best perception of flavour, aromas and strengths.

6 thoughts on “The importance of airflow when smoking”