A beautiful, colourful and gigantic mural displays the history of the tobacco in Santiago de los Caballeros, a city which has been so important in tobacco production. The mayor of the town, Abel Martínez, local officials and businessmen linked to the national tobacco sector, (among them Guillermo León, the president of La Aurora) uncovered this work of urban art.

The mural, which was created by artists Khaterine Santana and Manaury Calasán, can be seen on the wall of the artistic street known as Doctor Eldon, on the corner of Cuba street, in the Los Pepines sector. The mayor highlighted the importance of tobacco in the development of the Dominican economy. He went on to say that it is an act of justice to honour tobacco, which has had a leading role in the Dominican Republic’s global presence, since Dominican cigars are sold all over the world. 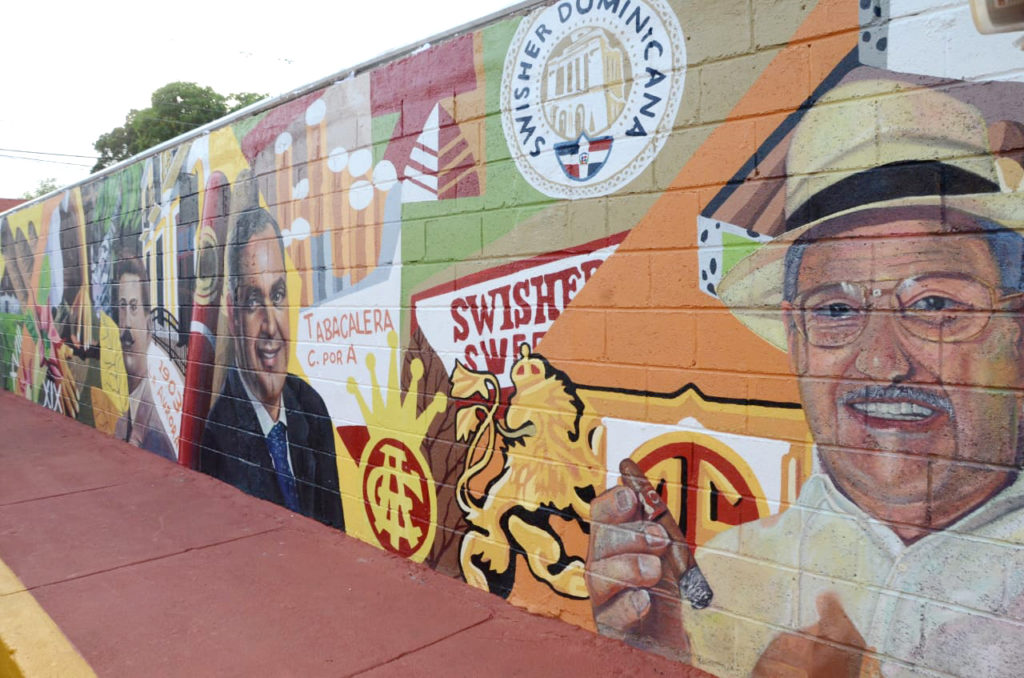 Abel Martinez said, “From now on this mural is part of the cultural heritage of Santiago, as is tobacco, an important protagonist and supporter of our economy for many decades and today we are doing an act of justice with this mural in honour of the history of our tobacco.”

Tobacco was declared by the mayor and the Local Council as “Cultural Heritage of Santiago”, highlighting that, since before National Independence, Santiago was the main city in tobacco production, which motivated the great growth of its economy.

As highlighted by the Mayor’s Office, the city of Santiago is responsible for producing and exporting tobacco on a global scale and within the Dominican Republic, which is considered the leading country in cigar exportation, since the Dominican cigar competes with the great cigars of the world. The Mayor’s Office of Santiago recalls that it was from the island of Hispaniola that Rodrigo de Jerez, a sailor on Columbus’s first trip to America, took the first cigars to Spain.

Thanks from Guillermo León 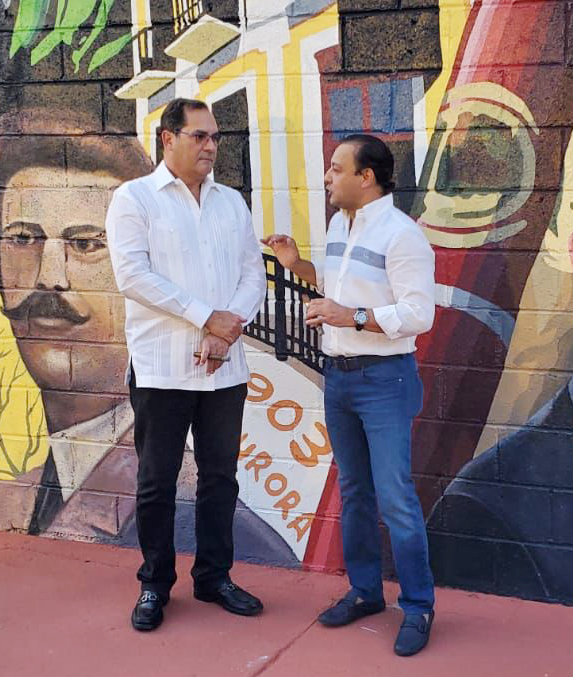 On his behalf, Guillermo León thanked the mayor for dedicating a space to Dominican tobacco in addition to recognizing that, in the cultivation and production of tobacco, a large number of people intervene, from the time the land is prepared to turning it into the cigar which is known all over the world.

“On behalf of my family and myself, I want to thank the Mayor’s Office, for this mural and all those who have made the Dominican tobacco and cigar recognized as one of the best in the world and this recognition, it belongs to all of us who in one way or another are involved in continuing to make this product a country brand ”, he said.