Premium cigars are a delight full of surprising aromas and flavors thanks to their raw material: tobacco. The first step to obtain tobacco leaves is sowing the seed. The period in which this important stage takes place in the tobacco cultivation is around September–October. And it can last until November.

Thus, a single tobacco plant can produce more than a million seeds, of a diameter ranging between 315 and 630 microns, which can be used to sow 42 hectares (about 60 football fields). With a single gram, the equivalent of a teaspoon, we can plant 8,000 plants in 0,63 hectares.The seeds have a rough surface, dark color and long life: if they are stored in a cold place and with low humidity they can last 15 to 20 years without losing their germination power.

“The process of preparing the raw material for cigar manufacture is a bit long and complex. Everything starts with selecting the right seed,” explains the Process Coordinator of La Aurora, Leoncio Cruz. The seeds are selected so that their size is uniform so that there is no disparity in plant sizes. “A cigar can have different types of seed varieties. One must select the range one by one. It is the first step to ensure that there is stability in the raw material,” he emphasizes. 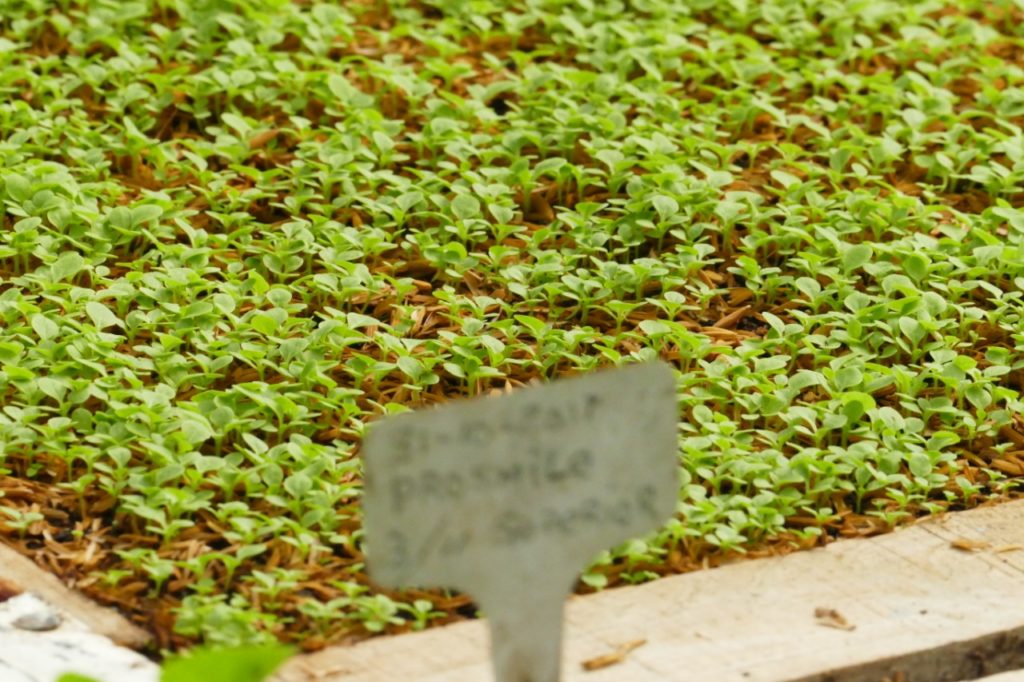 After selection, the seeds are subject to a drying process where they are threshed. They are sorted based on different sizes so that, at the time of planting, the seed emerges and there is uniformity in terms of that plant’s development. “The seed is planted in a seedbed, in a greenhouse, where it rests for about 45 days,” describes Cruz, Agricultural and Horticultural Engineer.

There are different methods for planting the seed:

The seed planted in the seedbed begins to grow under specific well-controlled conditions so that the plant is good and so that, when it is taken to the field, it has “a detach, a normal and uniform initial development,” said Leoncio Cruz, who was a researcher of the Tabaco Negro(Black Tobacco) program at the National Institute for Research in Agroforestry (IDIAF).

Different processes for the wrapper, binder and filler 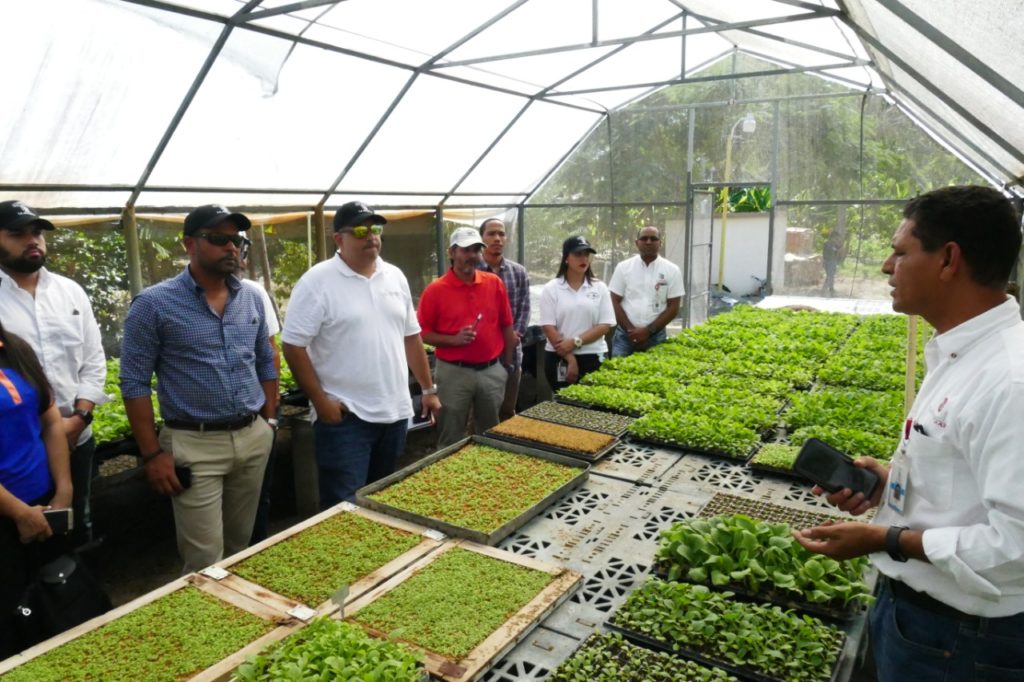 Once transplanted to the field, the processes performed in the field will depend on what is the production goal of that seed. That is, the processes will be different depending on whether the goal is to produce tobacco fillers, binders or wrappers. “Each requires different management and environmental conditions,” says master Leoncio Cruz.

And he goes on: “In our case, the Dominican seed, which is what we mostly produce, is meant for the filler; except for some specific cases where we have plantations for the wrapper. This tobacco receives full sunlight, in a soil that was previously prepared for a period of approximately two months.”

Specifically, the soil preparation consists in tilling with the tractor several times. This tool is used in agriculture to cover the furrows, level the land and break up the clods remaining on the surface after plowing so that the earth is loose. “The aim is that the soil becomes fluffy so that when receiving the seedling, which was merely 45 days in a seedbed, the seedling will find the environmental conditions to immediately adjust to this new soil,” says Leoncio Cruz. 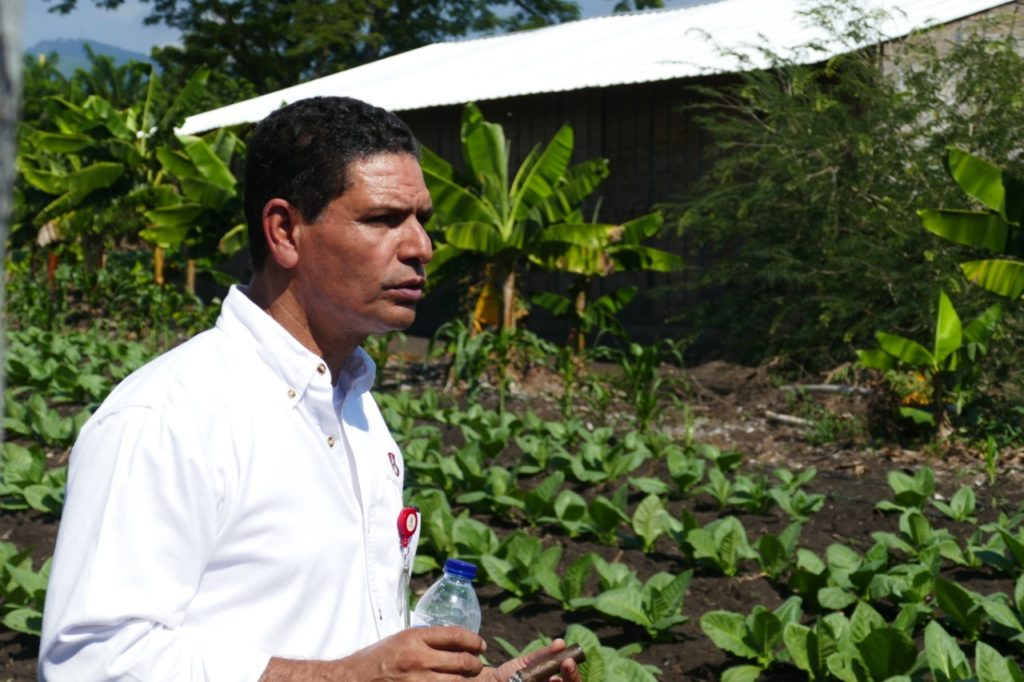 An Havanese type plant has 16 leaves. In these 16 leaves, there are eight cuts (two leaves per each cut), where there are different types of leaf. From bottom to top, there are low (bajera) and high (volada) leaves, dry, viso (these are intermediate leaves with a texture between thick and thin) and light (ligera) (the ones at the top of the plant). Following the planting in the field, after about 35 days, one can start harvesting the lower tobacco leaves, Leoncio finishes.

Harvesting a tobacco plant takes about a month, from making the first cut to harvesting the last leaf. The harvesting of leaves is done from the lower levels near the soil to the top of the plant, if the climate is favorable. And from there, tobacco leaves go through a series of processes until they are made into a cigar.