Once again, our commemorative cigar, La Aurora 115 Anniversary, has received good reviews and ratings by specialized publications in the tobacco world. In its long list of positive reviews, there are now three new very favorable reviews. Two of them are for the regular edition and the third is for the limited edition.

The “Cigar and Spirits” magazine awarded in its September/October edition a score of 95 points to the La Aurora 115 Anniversary Regular Edition Toro. This cigar has a wrapper from Ecuador, a binder from Brazil and a filler of tobaccos from Valle del Cibao (Dominican Republic), Nicaragua and Brazil. 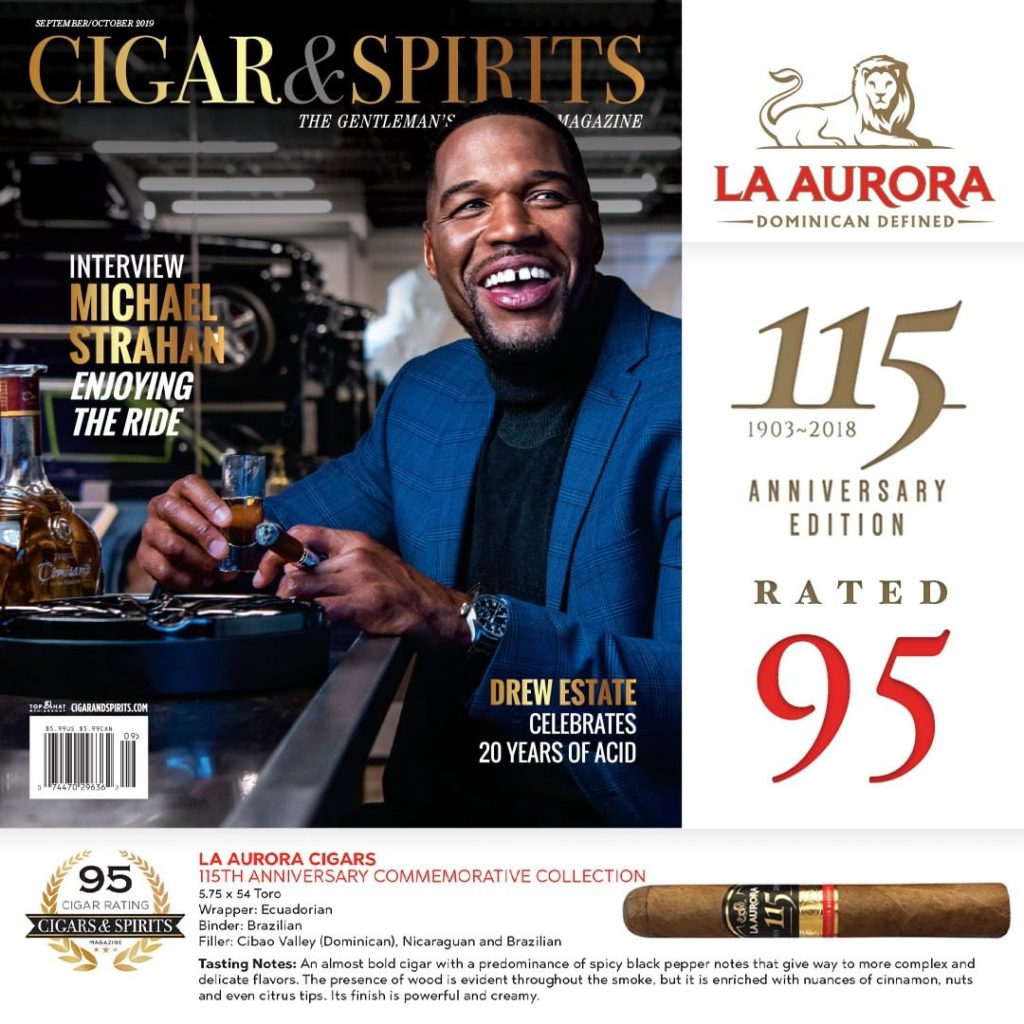 The publication highlights its “spicy black pepper notes that give way to more complex and delicate flavors.” “The presence of wood is evident throughout the smoke, but it is enriched with nuances of cinnamon, walnuts and citrus notes. The end of the smoke is very powerful and creamy”, the review authors claim.

On the other end, the “Leaf Enthusiast” blog has awarded a score of 9 out of 10 to the regular edition of La Aurora 115 Anniversary, which it describes as “very pleasant.”

“La Aurora 115 Anniversary is in line with La Aurora’s reputation of producing very good cigars at prices that are quite affordable,” says the review author. In his view, “it fits very well into the flavor profile and the price of the rest of La Aurora’s portfolio, without repeating anything that has been done before.”

As for La Aurora 115 Anniversary Limited Edition, the “Cigars Lover” magazine awarded in August a score of 93 to his Belicoso shape. This publication emphasizes that “it is a well-balanced cigar.” Its authors say it has “a profile of complex and intense flavor, combined with a long final”.

“The surprising part is the strength. Although it’s not overwhelming, it is stronger than you would normally expect from La Aurora,” conclude the text authors, also highlighting its “impeccable making.”