Our master blender, Manuel Inoa, continues his virtual tour of different markets. The events via Zoom created to continue disclosing our products despite the difficulties imposed by the pandemic are still being held. This July, several events were held to celebrate the release of La Aurora 107 Nicaragua and La Aurora Maduro 1985 in the Dominican Republic, in addition to other events with other cigars. Also, Manuel Inoa’s tour of Europe has continued with two events for Switzerland and Russia.

Specifically, four video conferences were held via the Zoom app to promote the new cigars introduced in the Dominican Republic market. In all of them, Manuel Inoa explained the characteristics of both releases and tasted one of them together with the attendees of the virtual event, pairing it with the rum E. León Jimenes 110 Aniversario.

La Aurora 107 Nicaragua is composed exclusively of Nicaraguan tobaccos in the wrapper, as well as in the binder and filler. Specifically, its blend contains tobaccos from two regions of Nicaragua—Condega and Estelí—and leaves from different parts of the tobacco plant (leaf levels).

Events in the local market 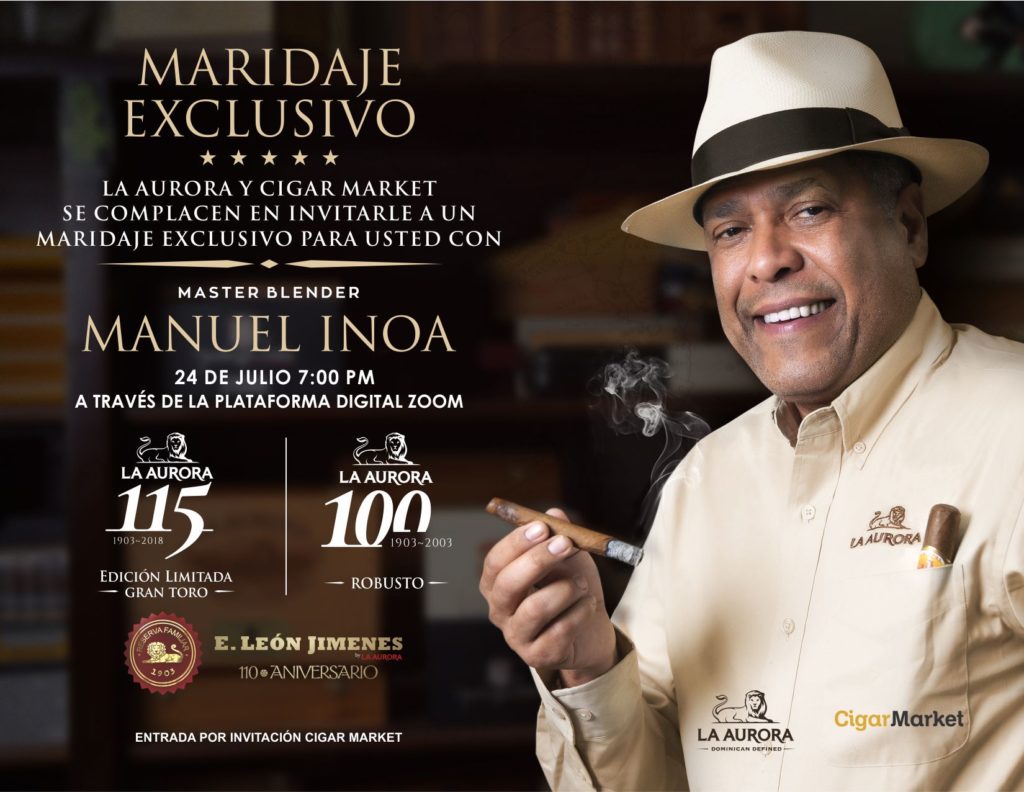 As for La Aurora Maduro 1985, this cigar is made of a wrapper from Brazil over a binder from Nicaragua and a filler composed of Nicaraguan tobaccos. It is released in the Dominican market in two formats: Toro (5 ½ x 54) and Robusto (5 x 50). It is the fourth cigar in the Original Blends line.

To celebrate its 113 years of existence, La Aurora devised three original blends named after the year their wrapper was first used and the origin of the wrapper: La Aurora Cameroon 1903, La Aurora Corojo 1962, and La Aurora Connecticut 1987. Now, a fourth cigar has been added, La Aurora Maduro 1985.

As far as the European market is concerned, Manuel Inoa had two meetings in his virtual tour: one with the Swiss market and the other with the Russian market. First, the event was held with consumers in Switzerland. Our master blender gave a class about La Aurora 115 Aniversario. There, he detailed all the questions about its blend, as well as the processes and timeline involved in the creation of this cigar. In addition, he smoked it together with the attendees, explaining at every moment the notes detected, and paired it with the rum E. León Jimenes 110 Aniversario. 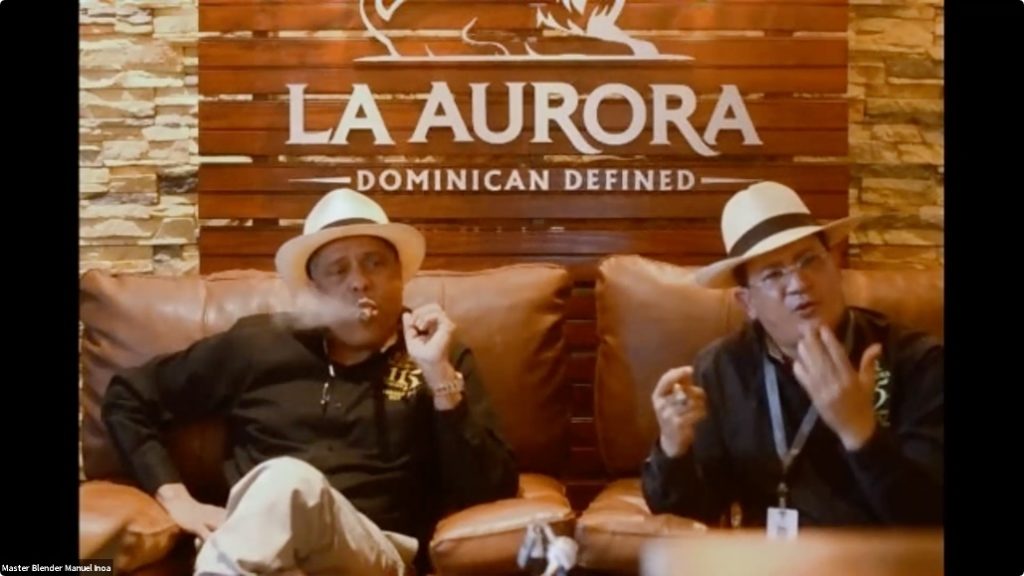 La Aurora 115 Aniversario is made of a wrapper of tobacco from Ecuador, a binder from Brazil over a filler made of tobaccos from Brazil, Dominican Republic, and Nicaragua. It has a strength of 8 out of 10 and is available in four shapes:

Secondly, Manuel Inoa met virtually with Russian retailers and consumers. In this case, the star cigar was La Aurora ADN Dominicano. The soul of this cigar is the tobacco born of the Andullo process. This is a technique inherited from the Tahini people, so it is an artisan procedure that endured in time due to the excellent characteristics obtained by the tobacco. 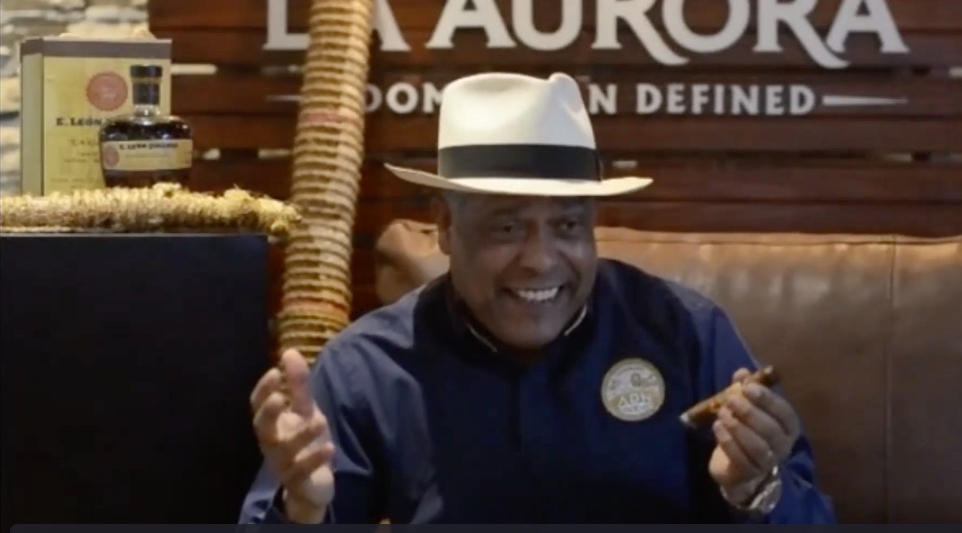 The tobacco resulting from this process is difficult to work with and very exclusive in cigar making. It brings strength and a very attractive aroma and sweetness. In the case of La Aurora ADN Dominicano, there is also a very well-balanced blend to provide an exceptional smoking experience.

During the master class, the master blender of La Aurora used our training tool—our Training Kit. This kit is composed of different tobacco pure grades that make up the blend of the cigar itself. After testing them separately, the blended cigar is smoked, in this case La Aurora ADN Dominicano, to see how the combination of these tobaccos turns out.