The media has echoed the recent visit of former NBA player Karl Malone to the Dominican Republic. Specifically, they have informed about the role that will be adopted as distributor and image of our rum, E. León Jimenes, in the United States, as well as his passion for cigars.

Nicknamed ‘The Mailman’ during his time as a player, he explained during his visit to the Historical Center of the Barceló liquor company, located in San Pedro de Macorís —producer of our premium super rum– how he started his passion for cigars . “When I was 25 years old I took my first cigar,” said the basketball star.

As the press gathers in his articles, he also detailed how, when meeting our Director of Sales and Marketing, Gustayo Velayos, and forging a good relationship, the idea of ​​designing his own cigars was coming a reality. This is La Aurora Barrel Aged by Karl Malone, cigars with tobacco aged in barrels that previously had rum. “They meet certain needs of the palates of smokers,” according to Malone. 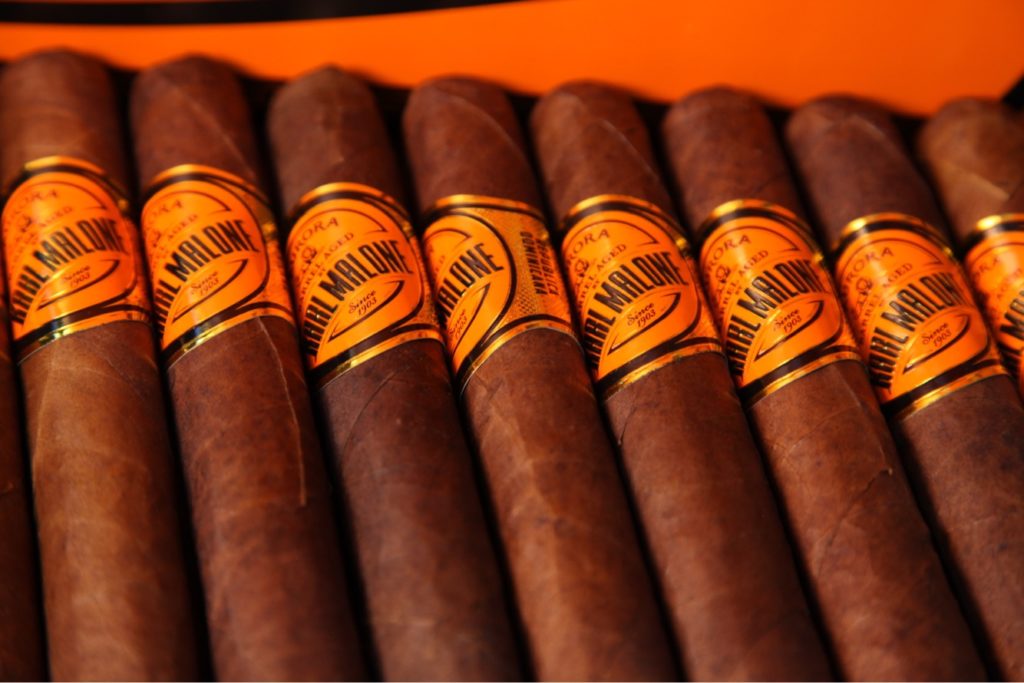 In this line, the former Utah Jazz player, who visited the facilities of Ron Barceló with his wife, Kay Malone, and his daughter, Kadee Malone, defined himself as a “working peasant” who values how Dominicans treat the land to grow the products she loves most: rum and tobacco, as Muela News reports.

Also, the member of the basketball hall of fame showed his passion for the Dominican Republic in his visit to the liquor company to learn about the process of making rum, as reflected in elcaribe.com. “It’s not the first time I’ve come. I like this country very much. I share many of the values that are here, “said Malone.

Finally, the digital publication InfoTurDominicano reports about the role Malone will play as a distributor of our rum, a distillate from the Prestige segment. It is expected that there will be a production of 25,000 bottles of E. León Jiménes during the first year, of which 15,000 will go to the US market.

The other bottles of our distillate, a “spirit drink full of complexity and mysticism”, as defined by Ron Barceló, are marketed in the Dominican Republic, Spain, Germany and China. The following markets that will be reached will be Switzerland, Italy and France.