Our line of La Aurora Preferidos Double Figurado cigars made the cut for the  list compiled by ‘Cigar Aficionado‘ of ‘Eight intriguing perfectos’. “This blimp-shaped beauty has the look of old-school perfectos, the kind you saw puffed by Mark Twain or Baby Face Finster,” says the article, written by David Savona and published on June 23rd.

It goes on to say, “That’s because this was a shape first rolled in 1903, when La Aurora was founded. The shapes were brought back in the 1990s when Guillermo León, current owner, joined the cigar end of the family business.”

Today, they come in a wide range of wrapper varieties and often in tubes, adds the magazine. Specifically, our Preferidos Doble Figurado line currently consists of six different cigars which bear the name of the wrapper on their packaging and are presented in tubes of different colours:

They are made with the best selection of leaves, which spend four years in curing and maturation, with an additional year of ageing in rum barrels. In addition, once rolled, they are still rested for six to eight months. The strength of these cigars range from 9 to 6.5. 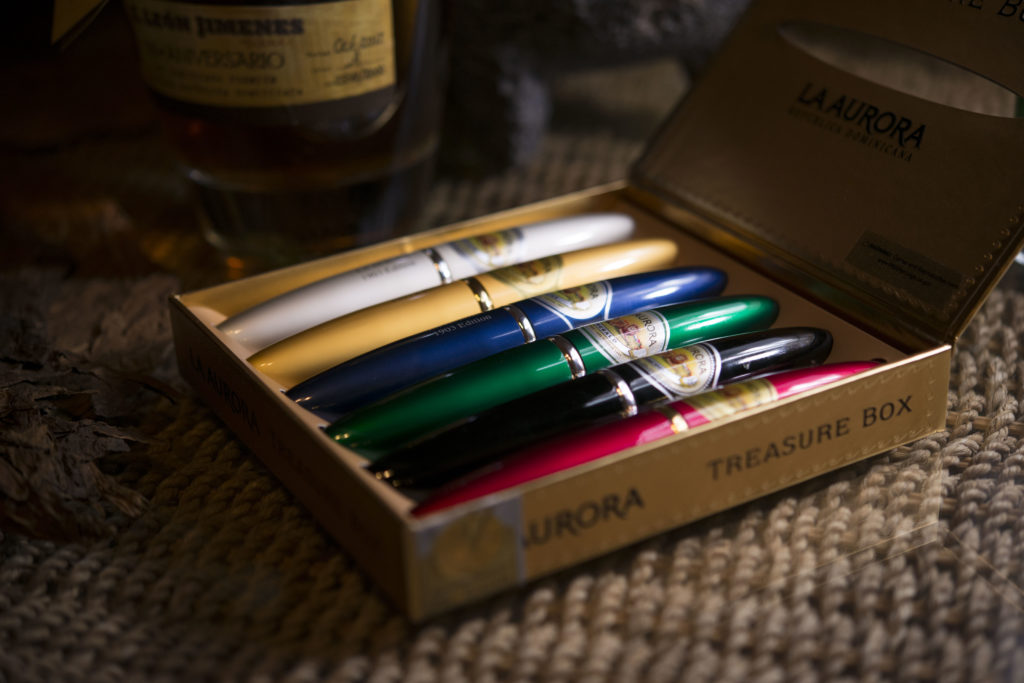 “Perfectos are interesting, curious smokes, tapered at both ends, and much harder to roll in cigar factories when compared to straight-sided cigars,” explains the author of the article. “Some perfectos gradually swell in the middle while others stay straight and then abruptly tuck in at the foot,” details Savona.

When it comes to smoking them, the magazine notes that, for smokers, this type of cigar may require a bit of patience, as perfectos “take some time to get going and burn past the taper.”

“The shape can sometimes intimidate newer smokers as well, but this isn’t a cigar to be afraid of. When made properly, perfectos represent the very height of the craft, combining the elegance of an older era with the diversity of today’s tobaccos and creativity of modern blenders.”