La Aurora Maduro 1985 is in the list of the best buys of 2019 created by ‘Cigar Aficionado’ magazine. Specifically, La Aurora 1985 Maduro, Churchill-sized, ranked No. 7 of 28 cigars included in this ranking.

Moreover, the magazine also awarded it 90 points in their review published in August. In the review, the authors highlighted the dark color of this cigar’s wrapper. “Almost black,” explained the authors of the assessment. La Aurora Maduro 1985 is made of a wrapper from Brazil over a binder from Nicaragua and a filler composed of Nicaraguan tobaccos. 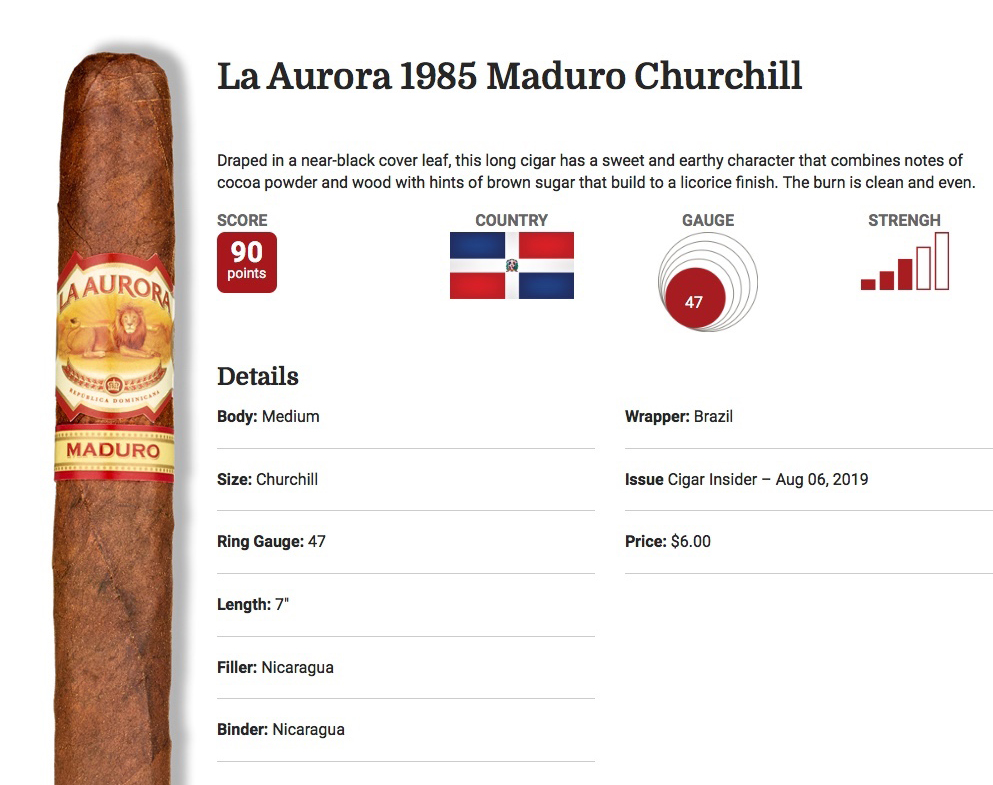 “This long cigar has a sweet and earthy character that combines notes of cocoa powder and wood with hints of brown sugar, which culminate in a licorice ending,” summarizes the tasting note published by ‘Cigar Aficionado’ in August. In addition, the authors say it is a cigar that burns in a clean and even manner.

In this year’s edition, the author of the article, David Clough, says: “We like to say that cigars are the ultimate affordable luxury”. And he says it is not necessary to spend a lot of money to acquire a quality handmade cigar. Therefore, experts of the magazine have analyzed hundreds of tasting notes from their 2019’s database in order to choose which cigars offer the best value for the money invested in them. 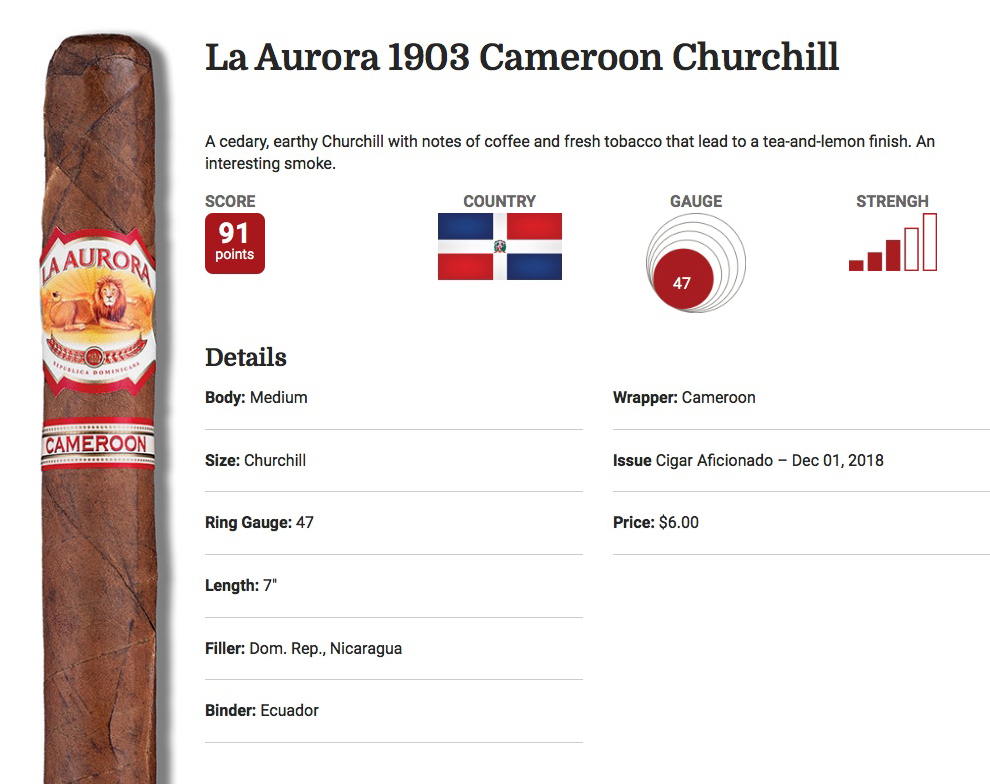 The ‘Cigar Aficionado’ magazine includes—for the second consecutive year—one of our Original Blends line cigars in this list. In 2018, La Aurora Cameroon 1903, also in Churchill format, had the honor of entering this rating. In the corresponding tasting notes, experts spoke of a cigar with notes of cedar and earth, with hints of coffee and fresh tobacco leading to a lemon tea ending.

“An interesting smoke,” concluded the review, in which La Aurora Cameroon 1903 was awarded 91 points. This cigar’s blend is composed of a wrapper and binder from Ecuador and a filler of tobaccos from Valle del Cibao (Dominican Republic) and Nicaragua.

In addition, the list of the 2018 edition also included another Original Blends cigar, La Aurora Corojo 1962, again in Churchill format. In their review, the magazine highlighted that it was composed by a well-made cap and a flat head. “This big cigar offers a lot of creamy smoke, with bases such as earth, cinnamon and a hint of fruit. There’s a slight hint of nougat at the end,” explained the authors of the assessment.