Again, one of our cigars receives a good review and a good score in a specialized publication. This time it’s La Aurora Hors D’Age, in Salomon format. And the publication that gives it 91 points and nice words is Cigar Coop. As a summary, he says that this cigar “offers a very nice smoking experience”. “It produces an excellent flavor profile and you can definitely taste that these tobaccos are well aged,” stresses the text published on May 15.

In addition, the review’s author considers that the Salomon size seemed to provide a nice amount of complete complexity with flavor nuances and transitions. Precisely, from its notes emphasizes that begins with a mixture of chocolate, earth, paprika and classic wood notes. “As the cigar moved through the first third, the chocolate notes became primary; the earth, red pepper, and wood notes settled into the background. There was also an additional layer of red pepper on the retro-hale,” he describes.

Later, he notes that the notes of wood and earth increased slowly and in the second third, these notes displaced the chocolate as the main note. “For the most part, the chocolate settled into the background, joining the red pepper notes and a newly emerged natural tobacco note. Occasionally the chocolate notes popped into the forefront, but past the midway point, these notes diminished in intensity, “he adds.

And he continues: “Just past the midway point, the wood and earth notes remained primary. There was an increase in the pepper notes as well as a slight increase in the natural tobacco. There were also baker’s spice notes also mixed into the background. By the end of the second third, the chocolate notes dissipated. The final third of the Hors D’Age Salomon saw the earth and wood remain primary. The pepper and baker’s spice were close secondary notes with the natural tobacco a little more distant. This is the way the La Aurora Hors D’Age came to a close. The resulting nub was cool in temperature and slightly soft to the touch”.

For most of the cigar experience, La Aurora Hors D’Age maintained medium strength and medium body, according to this review. “Toward the latter part of the second third, there was a slight increase in the intensity of both attributes. By the last third, both the strength and body quietly crept into medium to full territory. During the smoking experience, both the strength and body balanced each other nicely with neither overshadowing the other”, writes its author.

A CIGAR WITH 12 YEARS OF MANUFACTURE

The name Hors D’Age is in French “beyond time”. It alludes to the 12 years that are needed for its elaboration, from the moment in which the seeds of tobacco are sowed until the moment in which it reaches the consumers. As part of that process, the cigar itself spends two years in the aging room. The La Aurora Hors D’Age has a blend of Ecuadorian tobaccos for the wrapper and binder and a filler made up of tobacco from Colombia, the Dominican Republic and Nicaragua.

The Aurora Hors D’Age Salomon is part of the humidor Hors D’Age, which consists of 146 premium cigars. 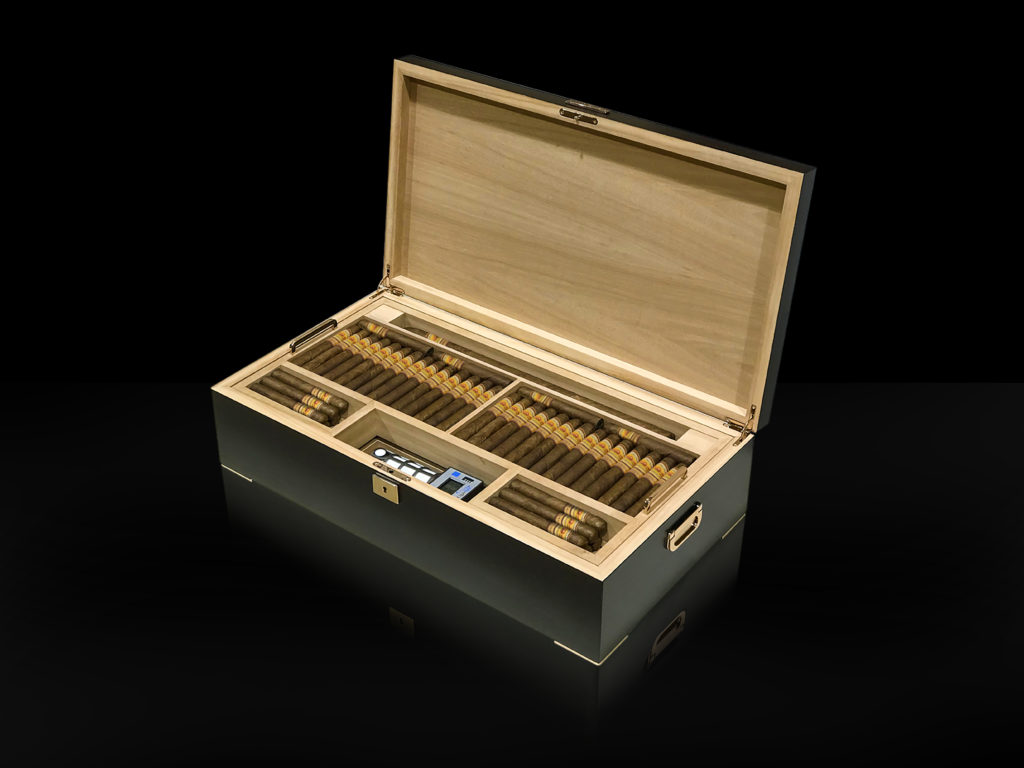 Four exclusive vitolas, including the great Stravaganza, live inside the Humidor, in addition to the Toro from standard production: