La Aurora Preferidos Hors d’Age 2020 in Toro format has received a 95-point rating from ‘The Cigar Authority’ magazine. It is a “smooth, well balanced” cigar with an “incredible aroma and a great flavor profile”, as described in the review published on September 2nd in the magazine.

In addition to the cigar itself, ‘The Cigar Authority’ applauds its packaging. “La Aurora Hors d’Age takes La Aurora into a new era of packaging,” says the publication. And the reviewers add: “Gone are the basic wooden boxes, and in their place appear high-end, humidor-type lacquered pieces that are adorned with a plaque that indicates the number of the box.”

On the cigar, the critics applaud that it is firm to the touch, and has a well packed foot. “It’s important to note the 6 x 60 Gran Toro comes in a beautiful cigar jar,” added the experts from ‘The Cigar Authority’.

As for the tasting note, the critics perceived raw tobacco odors when cutting the cigar that reminded them of the ones in our factory. During the cold tasting they felt the aromas of salty crackers, such as oyster crackers. “The aroma of the foot of the cigar has a strong cayenne pepper with a touch of paprika and well aged tobaccos.” they added. 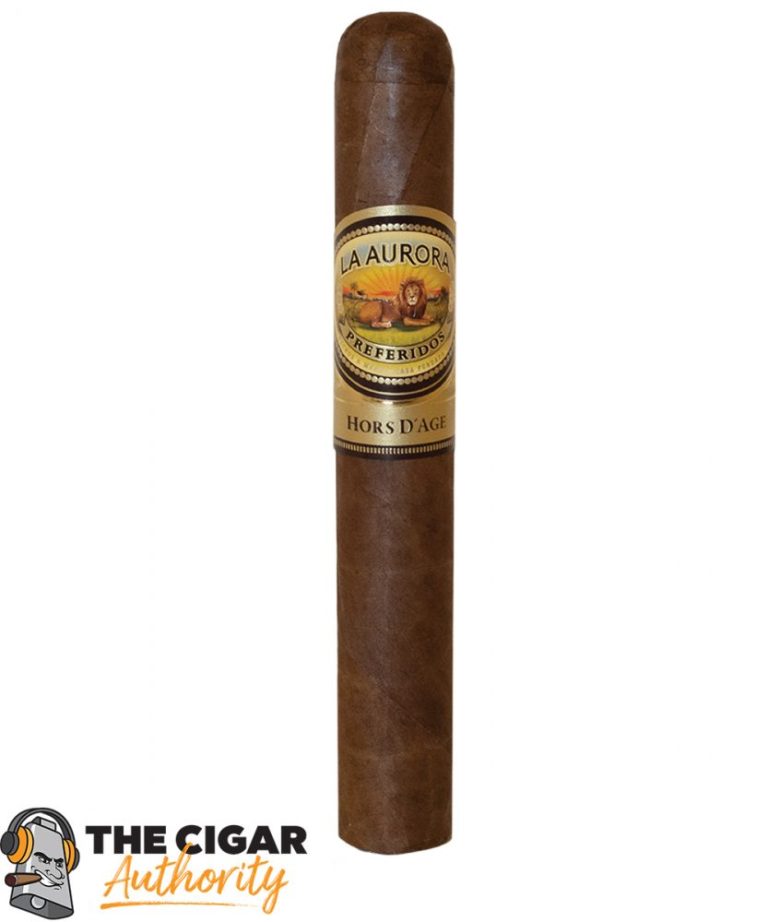 Once the cigar was lit, they found subtle hints of Eucalyptus, which faded somewhat after the first two puffs. In the first third, they detect notes of wood and cinnamon with a subtle but growing nutty flavor. At the end of the first third, that nuttiness became the predominant note, with a woody finish. On the retrohale, the review noted a subtle sweetness in the front end with a little lingering cayenne pepper towards the end.

In the last third, the leather notes become stronger, but wood remains the dominant note. The authors believe that at this point the aged tobacco really shines. In their opinion, the finish is quite long and the retrohale offers black pepper and a touch of nutmeg.