Our cigar La Aurora Cameroon 1903 has received the “Best Value” award from the Dominican Republic in the “Cigar Trophy” awards organized by the “Cigar Journal” magazine. The President of La Aurora, Guillermo León, received the award in a virtual ceremony on September 18th.

In his speech at the awards ceremony, Guillermo León thanked “Cigar Journal” for all the support given to the premium cigar industry, in addition to all the support offered by consumers.

He was also very grateful for the award given to La Aurora 1903 Cameroon. In addition, the President of La Aurora explainedthat La Aurora Cameroon 1903 is a tribute to one of our first blends created in 1903 and that this is a cigar made by our skilled and passionate artisans. 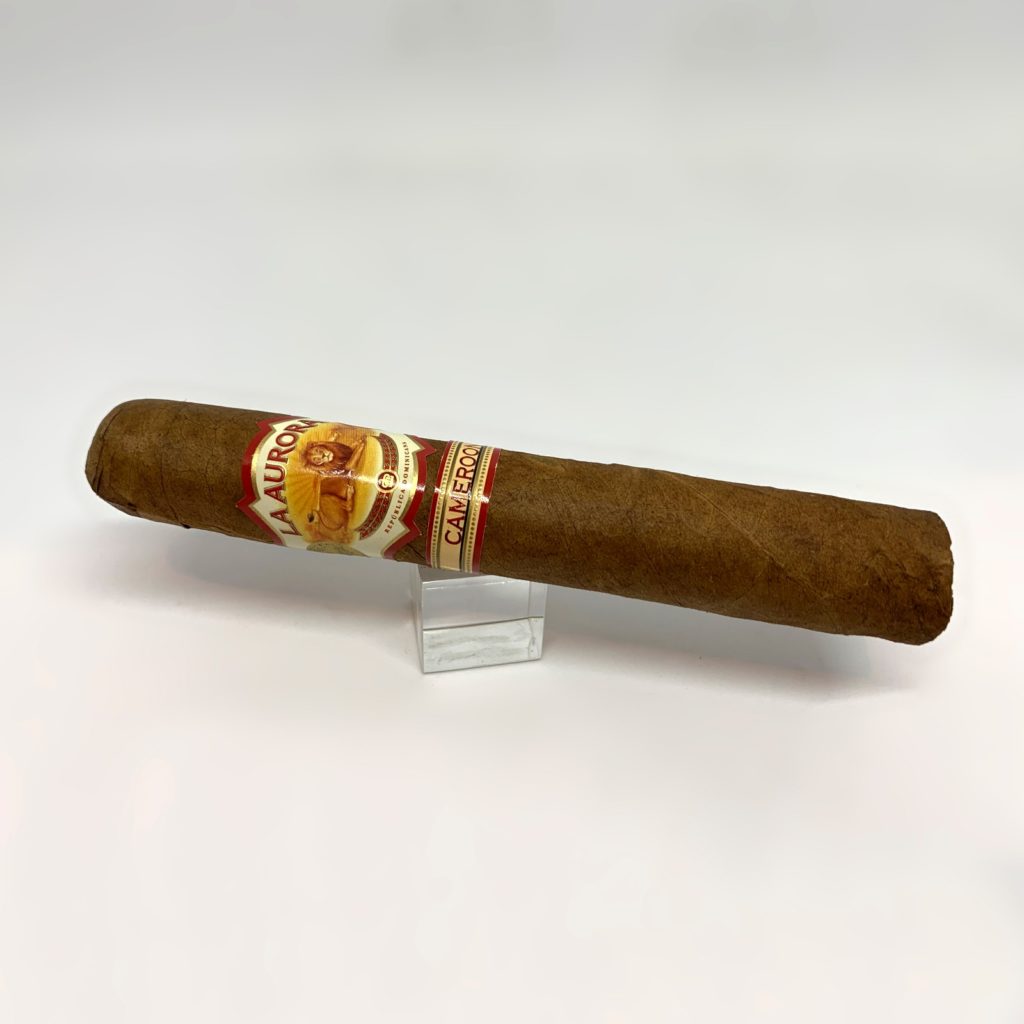 La Aurora Cameroon 1903 belongs to the Original Blends line. It is a cigar that is available in a wide variety of formats and ring gauges with a range of thickness between 30 and 58. The name of the cigar is from the country where its red and shiny wrapper was originally grown. Today, it is made from tobacco seeds from Cameroon, but grown in Ecuador.

Specifically, this cigar’s blend is composed of a wrapper and a binder from Ecuador, and a filler of tobaccos from Valle del Cibao (Dominican Republic) and Nicaragua. Its strength is average, 6 out of 10. Its pleasant smoke gives off sweet spicy notes, like cinnamon. It also leaves touches of cocoa, wood, and citric notes of red fruits.

The “Cigar Trophy” awards began in 1998. From 2013, not only the “Cigar Journal” jury will award prizes in the categories of “Best Brand,” “Best Cigar,” “Best Value” and “Best Accessory”. Readers can submit their own nominations and participate in the voting process to decide which companies stand out.