La Aurora 107 Nicaragua has been granted an award in the category of ‘Best Value’ in the Dominican Republic at the ‘Cigar Trophy’ awards organised every year by the magazine ‘Cigar Journal’. The award ceremony was held at the Intertabac trade fair for tobacco products and smoking accessories, which takes place every year in Dortmund, Germany (excluding for the last three years when, because of the pandemic, they have been held virtually).

The award given to our Tobaccos of the World cigar line was collected by Planning and Logistics Manager, Hermes Rojas, who, on behalf of the entire La Aurora team and the León family, thanked the members of ‘Cigar Journal’ and the consumers for the award. 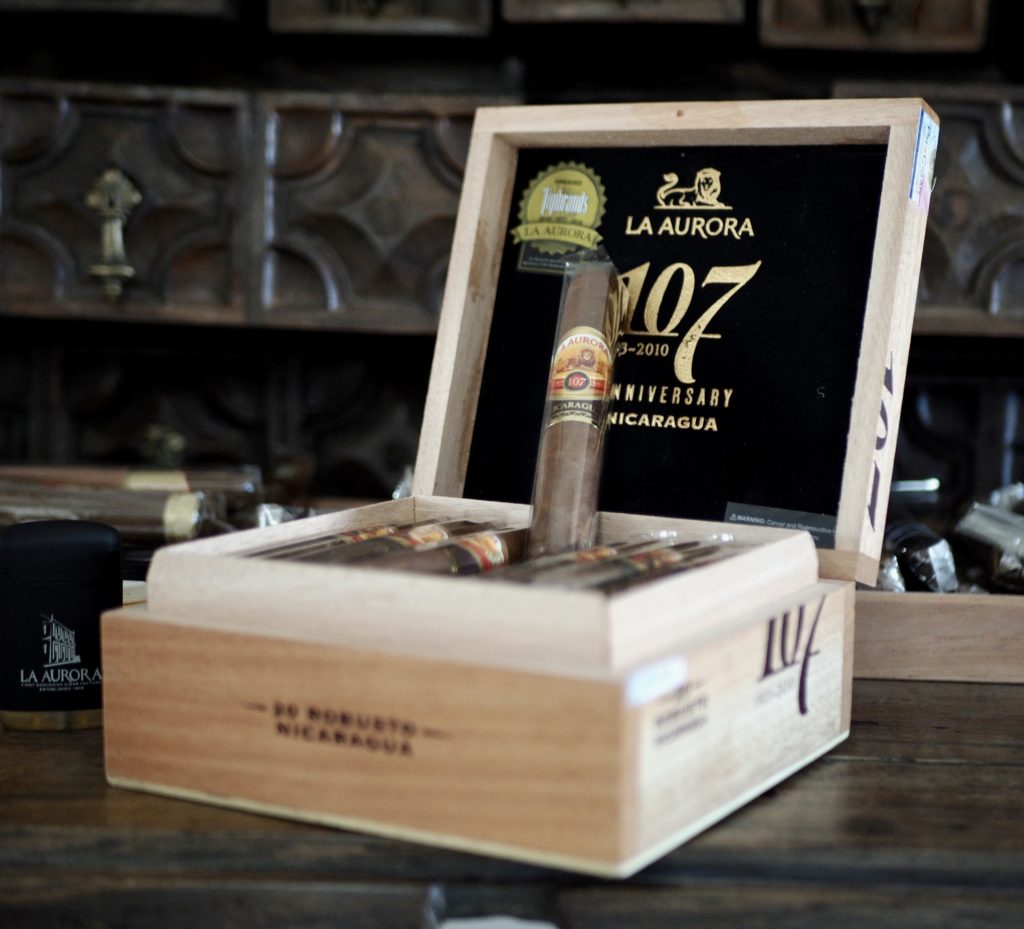 In the 2022 edition of the ‘Cigar Trophy’, La Aurora 115 Aniversario was also nominated in the category of ‘Best Cigar’ in the Dominican Republic. In addition to the fact that our cigars have been nominated on other occasions, this is also not the first time that one of our cigars has been a winner.

A ‘Best Value’ with selected tobaccos exclusively of Nicaraguan origin

La Aurora 107 Nicaragua belongs to the Tabacos del Mundo collection. It is a journey hand in hand with our most international brand, La Aurora 107, which will take the Premium cigar consumer on a journey through the organoleptic characteristics of the tobaccos that identify the La Aurora 107 lines according to the origin of the wrapper.

La Aurora 107 Nicaragua is produced in five formats (Churchill, Gran Toro, Toro, Robusto and Belicoso) in boxes of 20 units. Its name alludes to the origin of all the tobaccos that make up its blend.