One of our new creations belongs to the La Aurora 107 line. It is La Aurora 107 Cosecha 2007. All of its tobacco comes from the 2007 harvest, a year considered exceptional in terms of growing conditions. For La Aurora 107 Cosecha 2007, a careful selection of the finest tobacco from the 2007 harvest is made to produce an absolutely world-class cigar. Masterfully crafted by the world’s most expert rollers with an intricate blend of Cibao Valley Dominican and Nicaraguan leaves for the filler, held together by a rich Brazilian binder and dressed by a beautiful Ecuadorian HVA wrapper.

The blend is characterized by its complexity, medium in strength yet perfectly balanced with notes of dried frutis, coffee, chocolate and hints of red fruit and citrus notes. A cigar that provides both pure flavor and elegance.

A careful selection of the finest tobacco from the 2007 harvest to produce an absolutely world-class cigar. 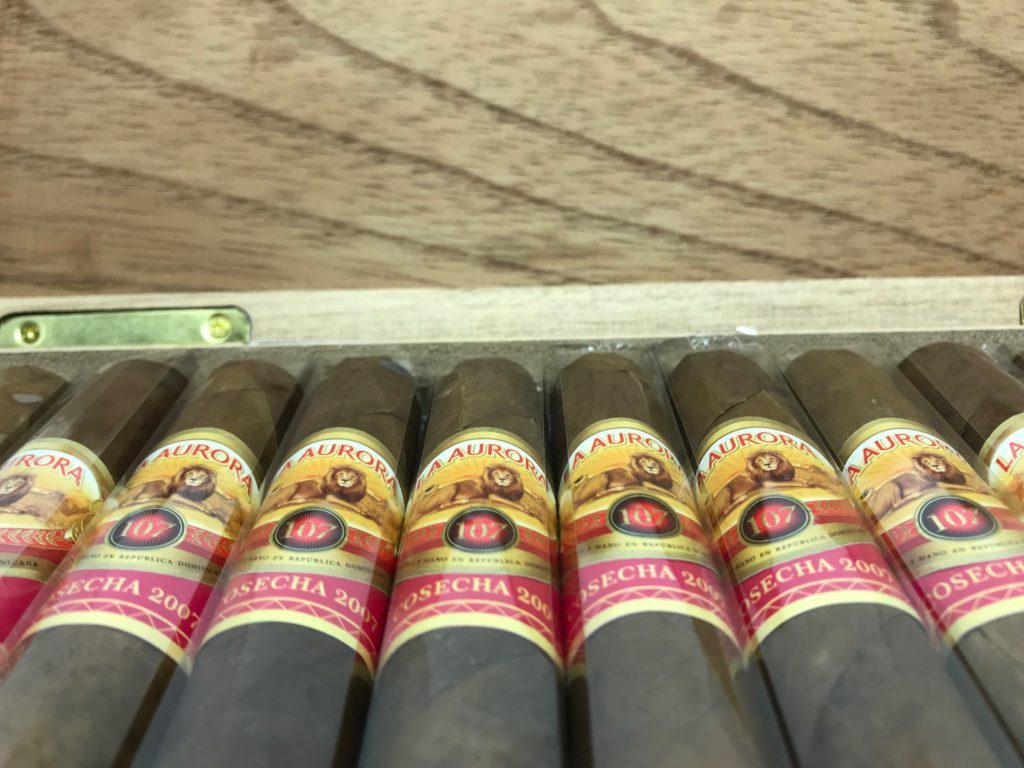 A world-class cigar made with the finest tobacco from the 2007 harvest.

With an eight strength, the blend is composed by the followings tobaccos:

La Aurora 107 Cosecha 2007 is offered in boxes of ten cigars in three sizes:

Only 3,000 boxes have been made. La Aurora 107 Cosecha 2007 is one of the new releases that we will present in the 87th edition of the International Convention and Trade Fair of International Premium Cigar and Pipe Retailers (IPCPR), held on 29th June to 2th July in Las Vegas, United States. This new release will be available from August.