At La Aurora, we wanted to pay tribute to our talented craftsmen, who have been making our cigars for over 100 years. To do so, we have chosen two elements that are very representative of our company: a replica of the moulds that were used when the factory was founded, and our most emblematic cigar, the one we made to celebrate the first 100 years of La Aurora’s history, our La Aurora 100 años.

La Aurora 100 Años is considered by some of the trade magazines, such as ‘Cigar Aficionado’, as the best Dominican cigar and one of the two best cigars in the world. 19 years after its initial launch, we have brought 1,100 moulds of the first production of the La Aurora 100 Años brand onto the market, selected and restructured, but preserved with their essence. More than a product, it is a treasure of our history.

La Aurora 100 Años is composed of 100% Dominican tobaccos in their entire blend, wrapper, binder and filler. With its creation 19 years ago, we wanted to celebrate 100 years of the factory producing excellent cigars, but also to pay homage to our loyal consumers.

Now, we are going a step further by presenting this delicacy in a very special way: each cigar is covered with cedar leaves, which help to light it, and inside the moulds in which the blend is pressed as a kind of box. 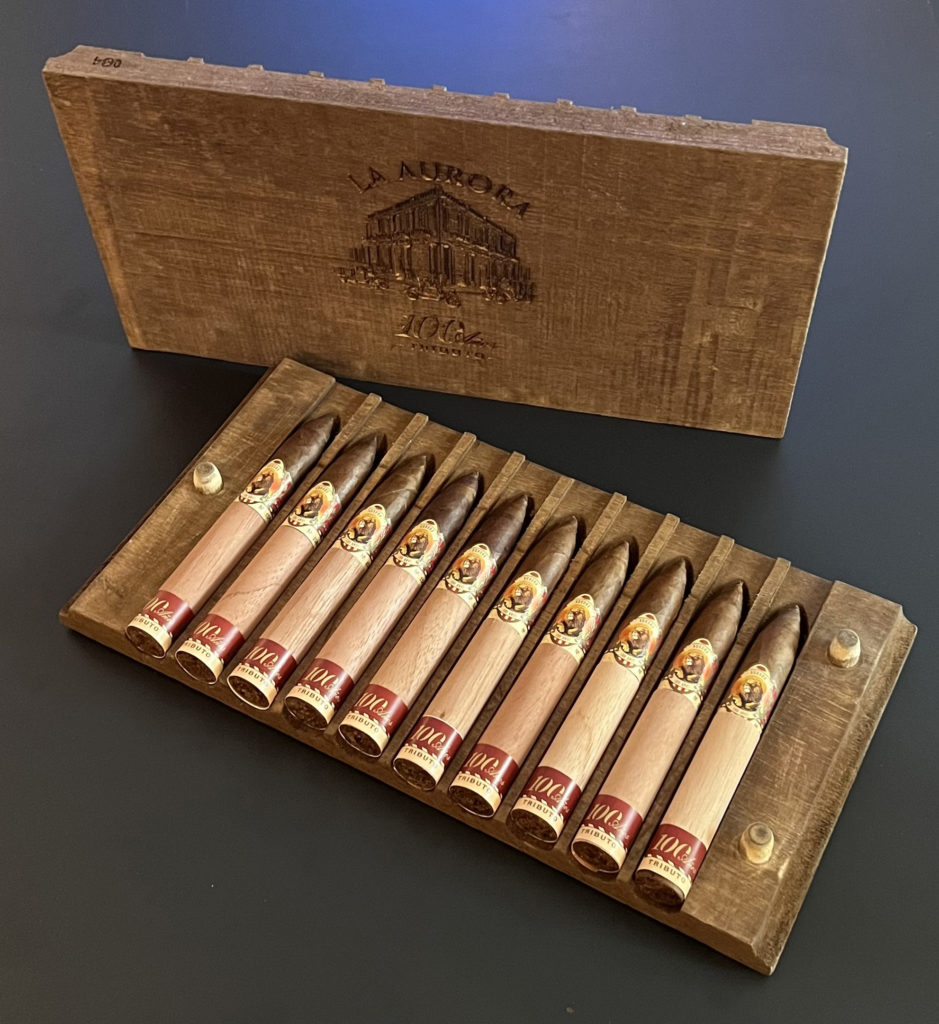 La Aurora 100 Años in Belicoso format (6 ¼” x 47), the same format that is now released in the moulds, was considered the World’s Best Dominican Cigar in 2005 by Cigar Aficionado magazine.

La Aurora 100 Años has a high strength of nine out of ten. Throughout the smoke, notes of wood, leather and dried fruits are present, seasoned with sweet touches like honey, and bitter ones, such as those coming from the cocoa.