Two of our most recent cigars have arrived in the Dominican Republic market. One of these is our latest creation, La Aurora 107 Nicaragua, the third cigar of the Tobaccos of the World collection. The other cigar to be released this July in the Dominican market is La Aurora Maduro 1985, a new member of the Original Blends line.

Both were presented on July 8 in a virtual event via Zoom in which our master blender, Manuel Inoa, explained their characteristics and all the work behind their creation. In this online tasting, Manuel Inoa paired it with our rum E. León Jimenes 110 Aniversario. As he defined it, it’s “a rum for cigar lovers”.

Specifically, La Aurora 107 Nicaragua is available for the Dominican Republic in Robusto format (5 x 50), because—as our master blender explains— “this is the most popular size”. Introducing other formats later on, will depend on the demand of the Dominican market.

This cigar of the 107 line is made exclusively of Nicaraguan tobacco for the wrapper, the binder, and the filler. Specifically, its blend contains tobacco from two regions of Nicaragua and leaves from different parts of the tobacco plant (leaf levels). 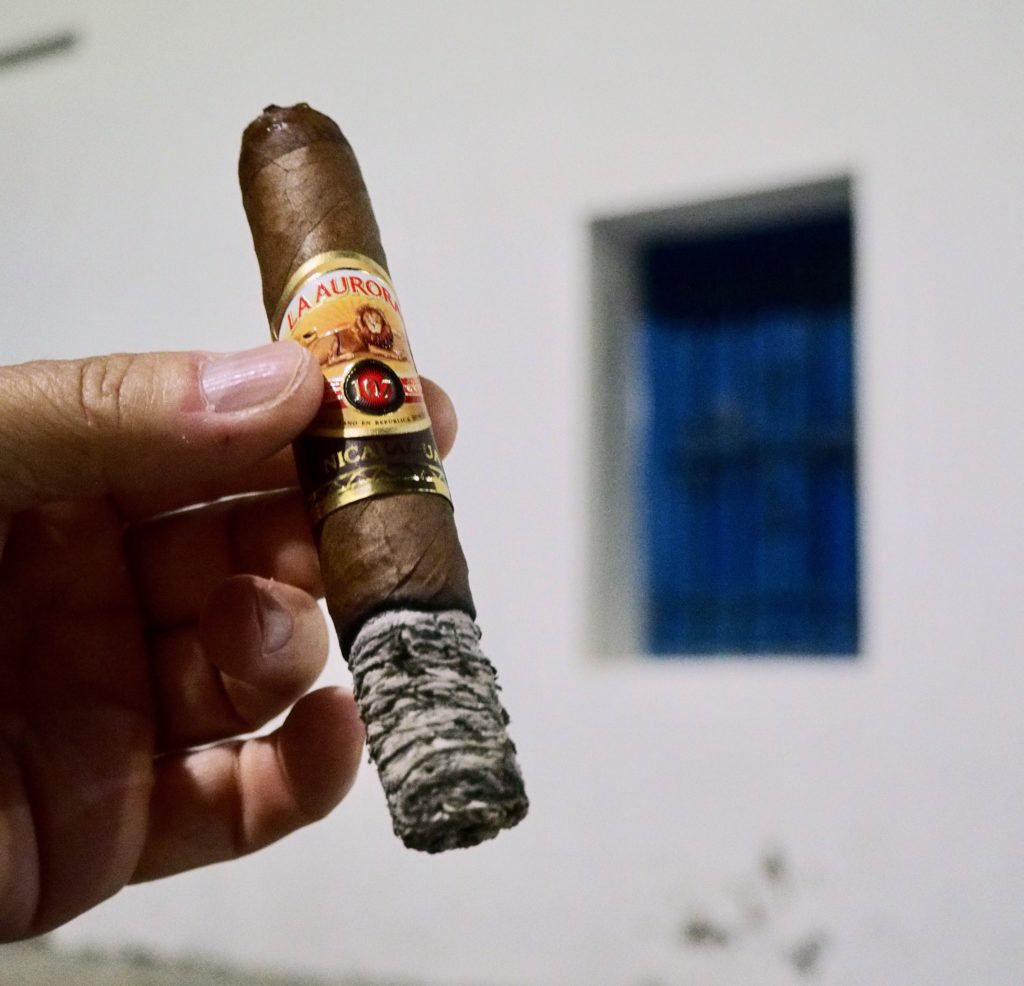 As for the tasting notes, this cigar starts off with spicy but sweet notes, such as cinnamon. Soon, touches of nuts—like almonds or walnuts—start to emerge, resembling that oily feeling that endures in the mouth when we ingest them. According to Manuel Inoa, dry earth notes also appear in the first third.

“This cigar is on the side of the less aggressive, smoother, and more neutral Nicaraguan spicy tobaccos, the peppery side doesn’t stand out,” details Manuel Inoa. Thus, that sweet touch appears from the beginning and, going forward, it persists and grows stronger, due to the other notes combined with the sweetness of the cinnamon.

As we enter the second third, we feel an earthy mineral note, rather than a touch of dry or wet earth. “It’s a touch that keeps coming and going, because Nicaragua is a volcanic land,” stresses our master blender.

When La Aurora 107 Nicaragua is accompanied by our rum, the notes of honey and vanilla stand out in the second third. And then the notes of red citrus come in, which are sweeter. For example, hints of cherries or raspberries. All this is paired with hints of wood reminiscent of the Dominican forests of Constanza and Jarabacoa. At this point, there is a harmonious cocktail of chocolate notes with hints of honey, wild berries, and mountain. And the coffee now turns into roasted coffee, and there are faint notes of chocolate and cocoa.

The wood notes continue but go from the cedar notes of the beginning to fallen or smoked wood. “Our tobacco is aged in used rum barrels for 20 or 30 years. All the barrels are burned inside, and those smoky wood notes are released at this point,” details Manuel Inoa. And he sums it up: “It is a very harmonious cigar. All the tobaccos blend and play the same symphony, none of them stands out more than the other. It is a very easy to smoke cigar, inviting you to have another one. It leaves you with that feeling of wanting to search for more”.

Three different cigars from the 107 line

With La Aurora 107 Nicaragua, we already have three cigars from the 107 line. The latter accompanies the first one that came out, La Aurora 107 original (Ecuador), which has an Ecuadorian wrapper, and is rich in tropical fruits, and is sweet. “This is the most popular cigar,” according to Manuel Inoa. This cigar was followed by La Aurora 107 Maduro, with a Connecticut Broadleaf wrapper (United States) and darker notes of coffee and chocolate. “These are three very different experiences,” says our master blender. 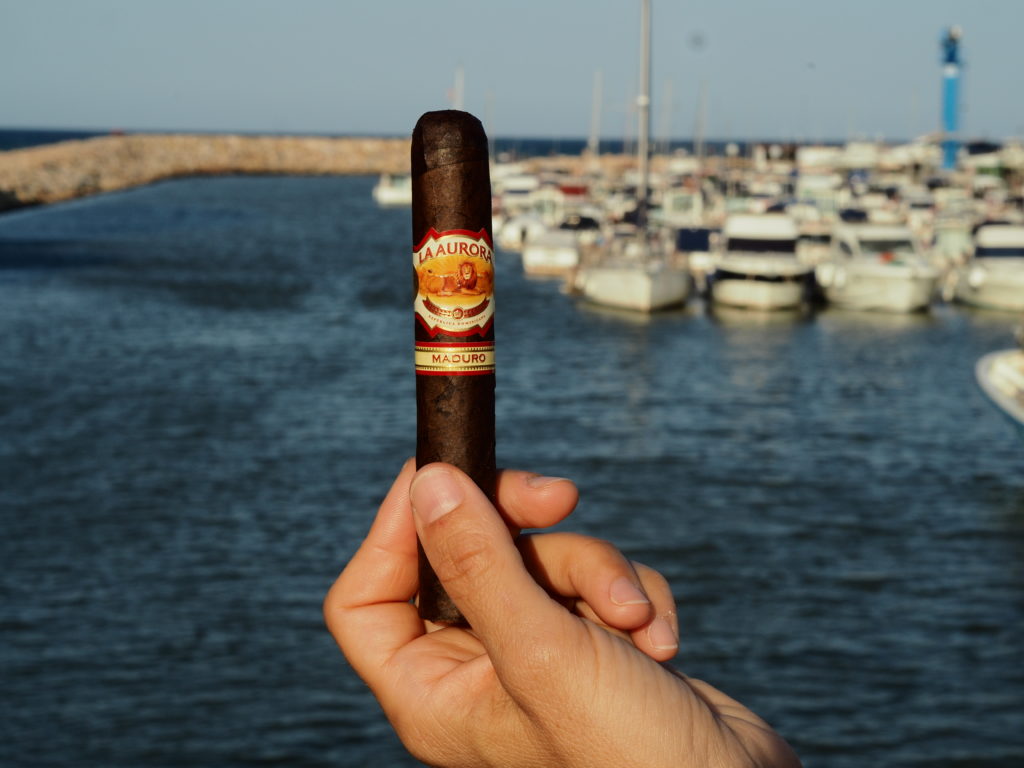 The second cigar we have introduced this month in the local market is La Aurora 1985 Maduro. This is the fourth cigar in the Original Blends line. It is named after the year in which we first used the Brazilian Maduro wrapper. Specifically, this cigar has a wrapper from Brazil, a binder from Nicaragua and a filler composed of Nicaraguan tobaccos. It is released in the Dominican market in two formats: Toro (5 ½ x 54) and Robusto (5 x 50)

La Aurora 1985 starts off with a rich mineral earth flavor, with a gentle touch of pepper. Notes of almond emerge together with sweet nut flavors mixed with an elegant and stylish touch of dark chocolate. Subtle notes of coffee cream are also present, but these are mild when compared to the tropical fruit notes that emerge at the end.