The press has welcomed the launch of La Aurora 107 Zeppelin with great interest. Numerous magazines and blogs of the cigar industry report this new creation, its blend, measures and the future introduction in several markets.

The ‘Cigar Aficionado’ magazine in its article talks about the introduction of the product in the US market this summer, after its presentation in the IPCPR (International Premium Cigar & Pipe Retailer) trade show, taking place in Las Vegas, in June.

“Adding to the [La Aurora 107] line such a unique form of this classic blend will be a great way to reintroduce this legendary blend to cigar lovers throughout the country”. These words from Jason Wood, vice president of the company that distributes our cigars in the US, Miami Cigars, are quoted by ‘The Cigar Authority’ in a news on La Aurora 107 Zeppelin.

In the same scope, the article published by ‘Developing Palates’, like the previous ones, explains La Aurora 107 Zeppelin’s blend. It has an Ecuadorian wrapper cultivated in the sun, placed on a binder of Dominican tobacco from Valle del Cibao, and Dominican, Peruvian and Nicaraguan tobaccos in the filler. 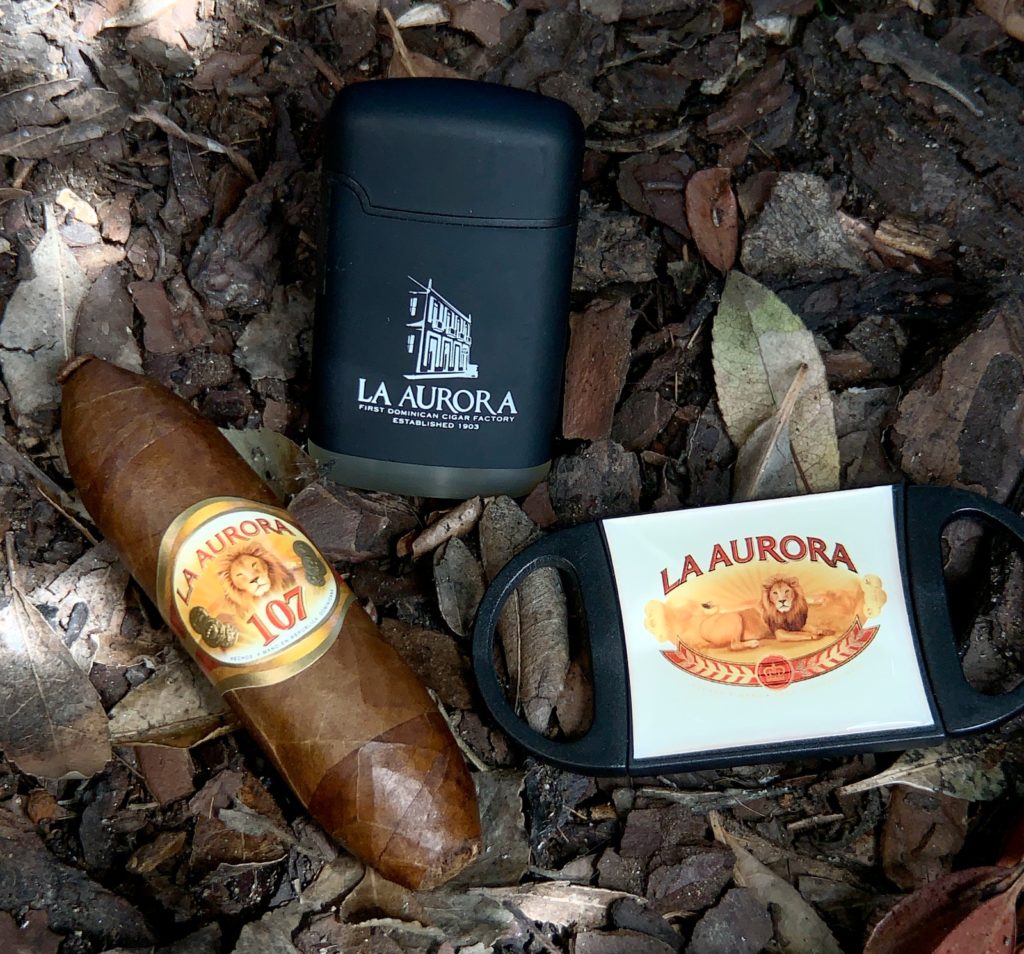 In China since November

The blog ‘Blind Man’s Puff‘ also gave the news. It refers, just like the other articles, to the cigar measures: doble figurado 4×58. The blog ‘Smoking Seven’ has also echoed this new cigar. In this text, for example, they have included the tasting notes of La Aurora 107 Zeppelin. With a slight peppery start, its body increases and remains in the middle along the smoke. Very rich in tobacco flavors, with an aroma of cocoa and spices and a sweet tip.