The last night of the year is usually special, with family or friends gathering together and exquisite dinners with delicious delicacies. During this unique moment of the year, you should not miss out on a good cigar to enjoy in the company of your loved ones. If you have not yet set your heart on one in particular, let us help you make your choice with a suggestion of five of our wide variety of cigars to enjoy on New Year’s Eve.

La Aurora 100 Años, for a New Year’s Eve with a highly valued cigar

Saying goodbye to the past year with a cigar which is widely acclaimed by critics and consumers is a great option. La Aurora 100 Años, one of our commemorative cigars, has received numerous awards and rave reviews. For example, it was named ‘Best Dominican Cigar in the World’ by the magazine ‘Cigar Aficionado’ back in 2005.

The blend of this cigar is made up one hundred percent of Dominican tobaccos. In addition to celebrating La Aurora’s century with this cigar, we also wanted to pay tribute to our loyal consumers. The smoke is a perfect balance of complexity and strength. La Aurora 100 Años is a cigar made up of mainly woody flavors but also offers notes of leather, nuts and sweet touches. It is completed with bitter hints of cocoa. As defined by our master blender, Manuel Inoa, it is a “true festival of flavors.” 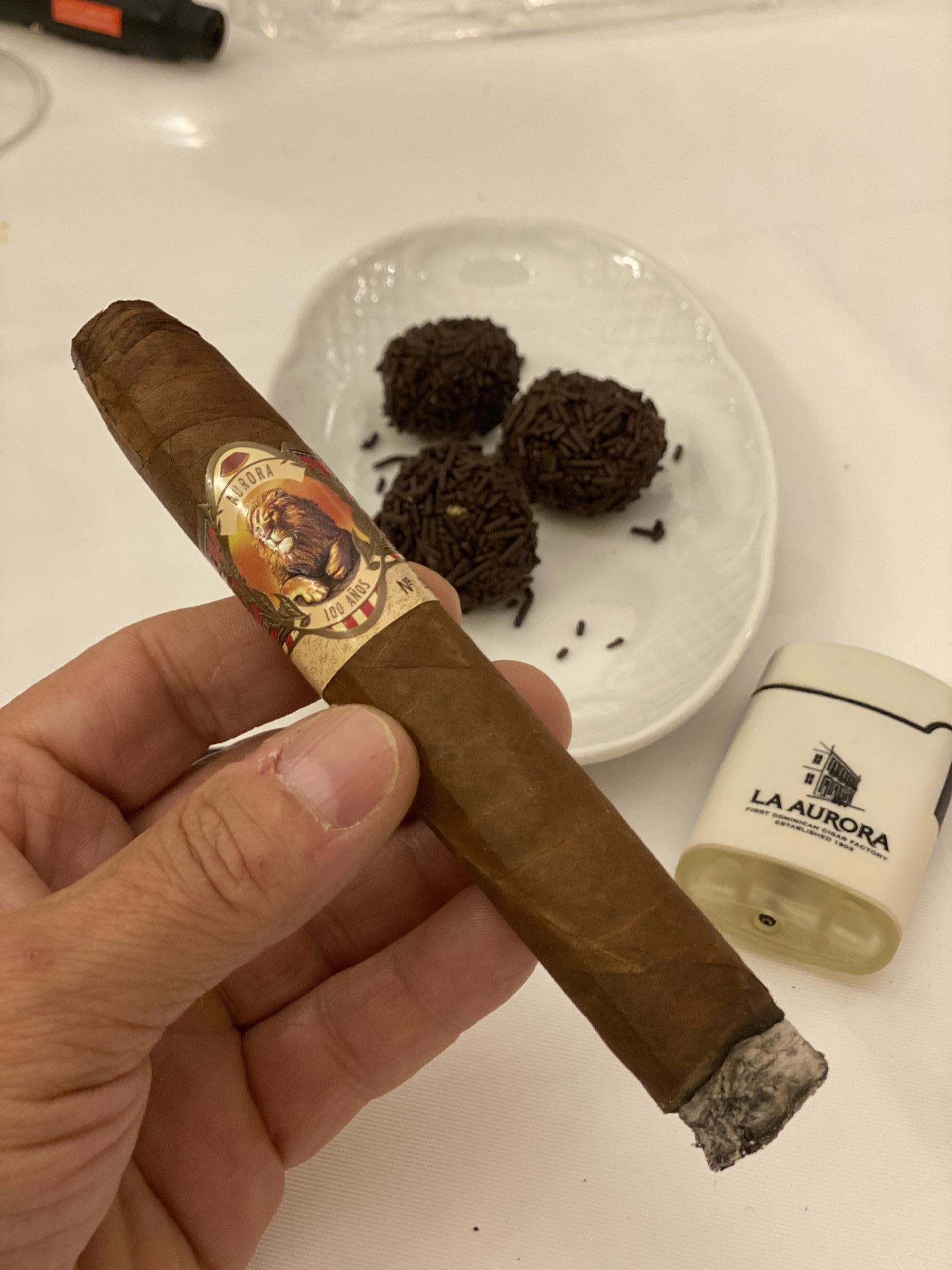 La Aurora Hors d’Age, a cigar in which we invested 12 years

Another great choice to see out the year is our La Aurora Preferidos Hors d’Age cigar. It is a cigar which is made with extra aged tobacco. In total, twelve years pass in the process from when the seed is planted until the cigar is rolled. In addition to the time dedicated to this cigar, the first-class tobaccos that make it up make it exceptional:

With a strength of 7.5 out of 10, this cigar exudes an incredible creaminess and aromas during the smoke. Notes of black pepper and wood are accompanied by hints of cinnamon, dried fruit and citrus. This smoke ends with hints of roasted coffee. What better way to say goodbye to the year than with one of the best cigars of 2021 according to the ‘Cigar Journal’ magazine. 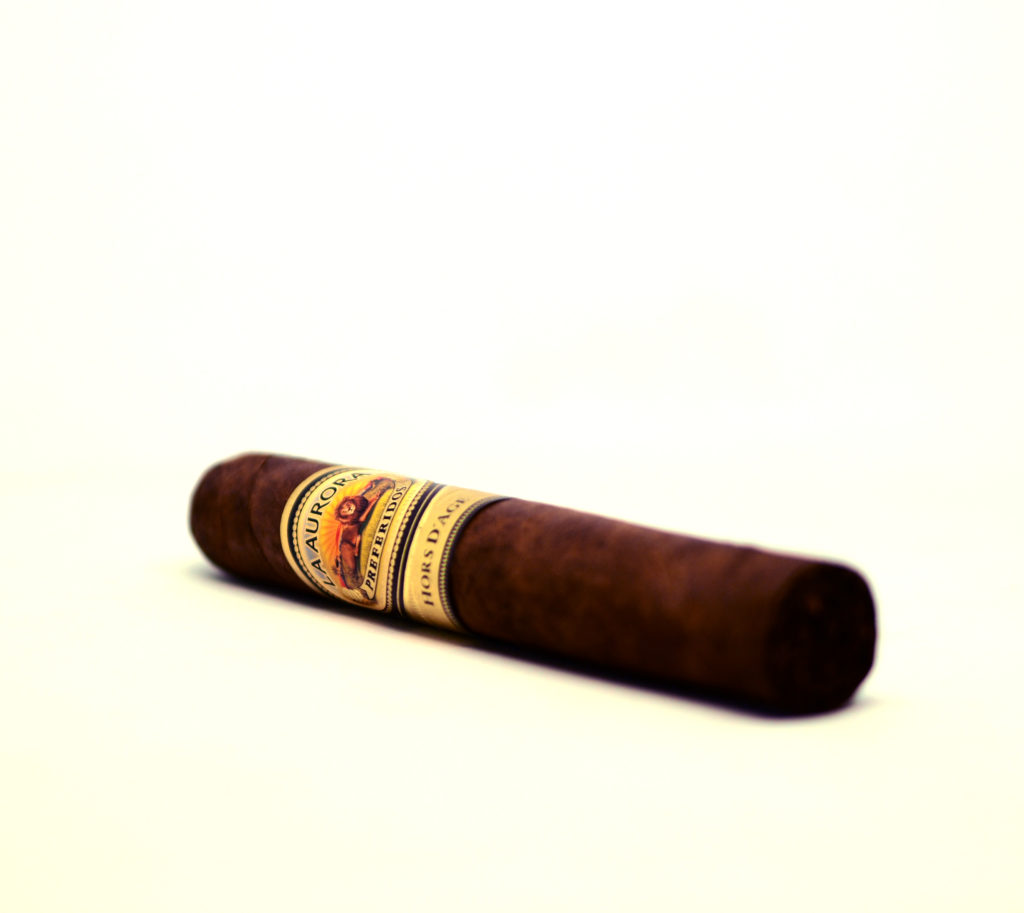 Belonging to our Tabacos del Mundo collection, La Aurora 107 Nicaragua allows you to discover Nicaraguan tobacco in a cigar made with the experience, expertise and craftsmanship of the 118 years of La Aurora Cigars. Its smoke starts with an array of spicy notes accompanied by a subtle hint of leather, then gives way to flavors of wood, licorice and walnut with floral and earthy undertones.

It is available in five formats: 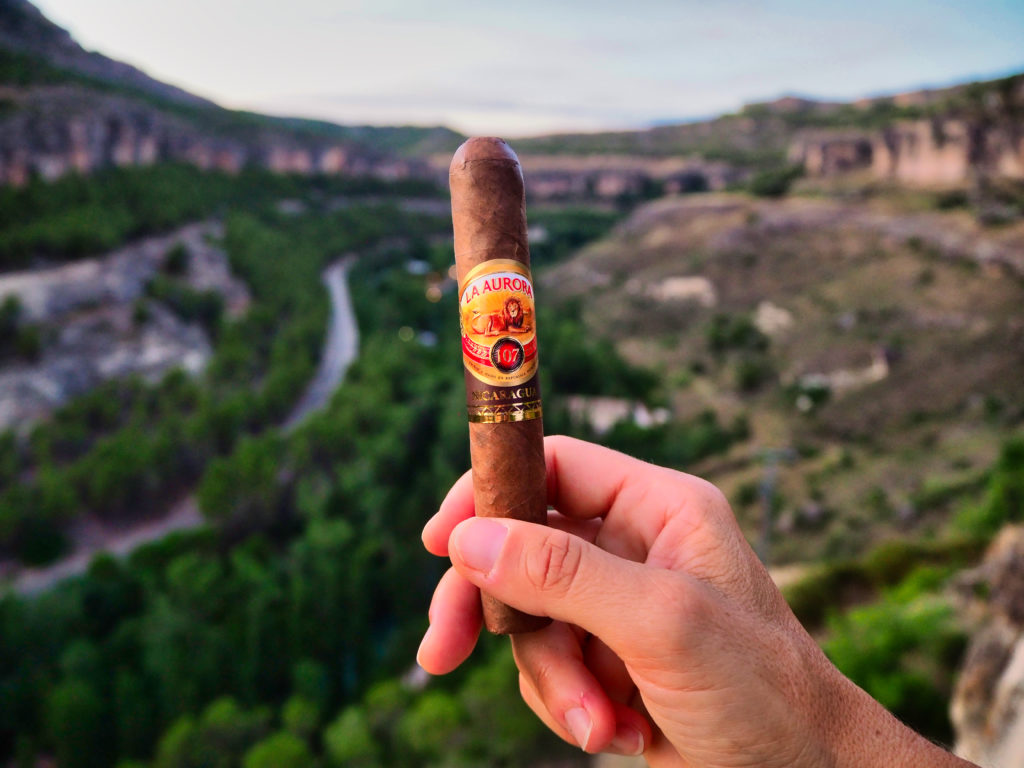 La Aurora 115 Aniversario, a commemorative cigar to say goodbye to the year

This cigar is another one of our commemorative cigars. We created this one to celebrate our 115 years of experience and dedication in making premium cigars. All the time that has elapsed since Don Eduardo León Jimenes founded the factory has allowed us to achieve nothing less than excellence, and this excellence can be enjoyed in our La Aurora 115 Aniversario.

With a Sumatra wrapper grown in Ecuador, a binder from Brazil and a filler of tobaccos from the Cibao Valley (Dominican Republic), Nicaragua and Brazil, it is a cigar of high strength. Available in Belicoso, Gran Toro, Toro and Robusto formats, it is a cigar which would satisfy even the most demanding palate. This cigar emits notes of black pepper, cinnamon, walnut, citrus and wood. 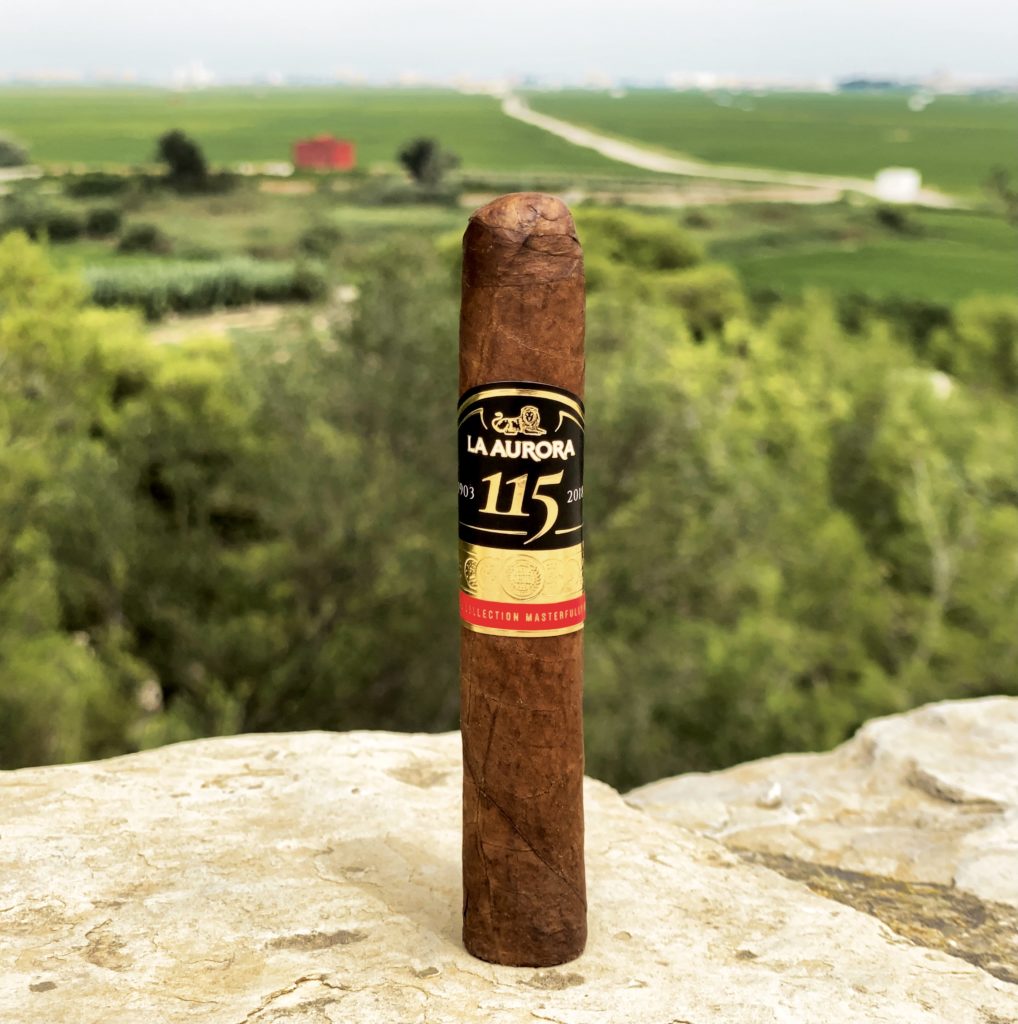 La Aurora Puro Vintage, with tobacco from the 2008 harvest

Since 2003, we have occasionally launched exclusive limited editions of exceptional quality where the tobacco for the wrapper, the binder and the filler come from the same harvest which is considered exceptional by the experts at La Aurora. Aside from this, these tobaccos undergo an extra aging process in which their organoleptic characteristics reach their maximum potential.

The last La Aurora Puro Vintage that we created uses tobacco from the 2008 harvest and has a limited production of 6,000 cases. In Solomon format (6 ½ x 50/60), it is a perfectly balanced blend of Dominican (wrapper), Ecuadorian (binder) and Dominican, Nicaraguan and Brazilian (filler) tobaccos. 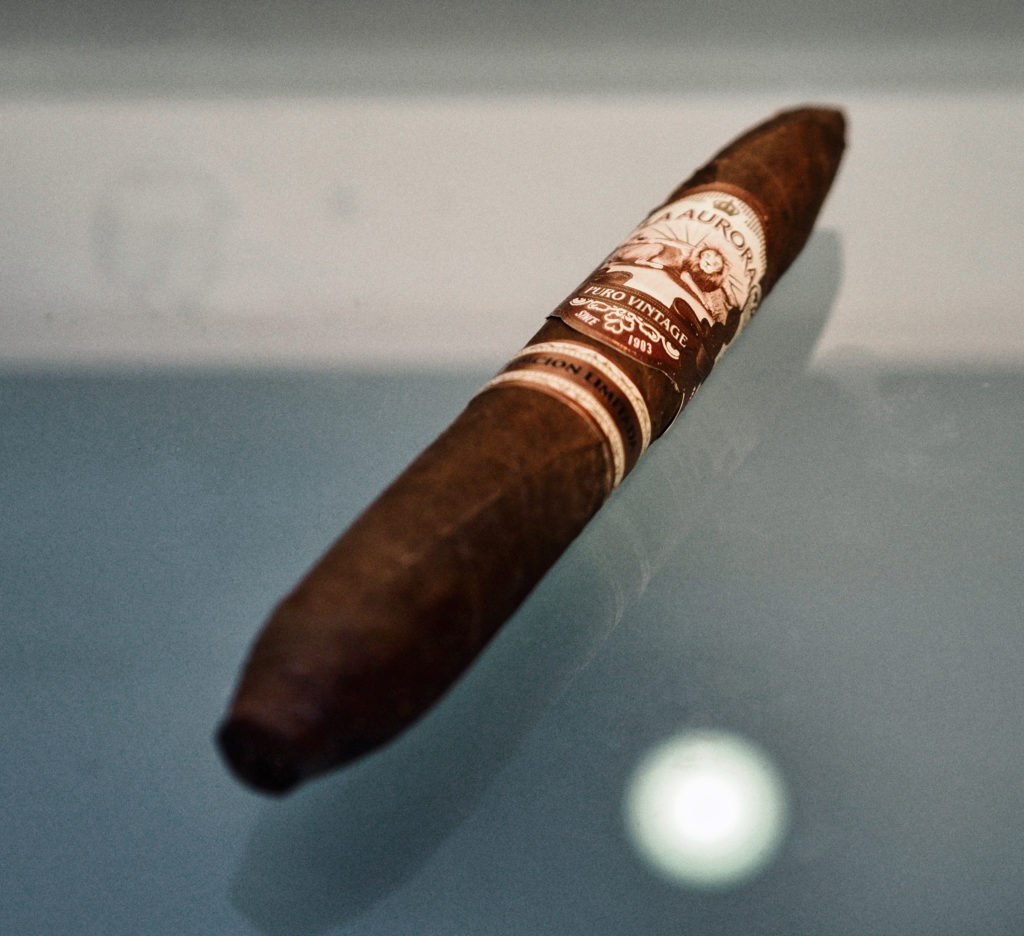 This exquisite smoke begins with a wave of full-bodied wood and leather flavors. This is followed by a buildup of hints of dried tropical fruits and wild honey which come and go with a note of dark chocolate that lingers throughout the end of the smoke.