Smoking a cigar is, per se, an experience packed with sensations perceived with the senses: feeling the cigar through touch, observing the color of the layers and the veins on the leaves, smelling the cigar and appreciating the notes of flavor in the tobacco. If the adventure of tasting a La Aurora cigar is added to the pleasure of savoring another high-quality product as Dominican as our cigars, the sensation could not be more pleasurable.

La Aurora Cigars and Ron Barceló intended to demonstrate how this combination works by deciding to design a joint tasting program for cigars and rum, ‘The Perfect Match’. The initiative, that takes place in various locations of the Dominican Republic, was designed so that lovers of both products can enjoy their combination. In each event, participants can experience the matching of three types of cigars and three kinds of rum, by the hands of one of the Brand Ambassadors from the tobacco company and a Master from the rum company. 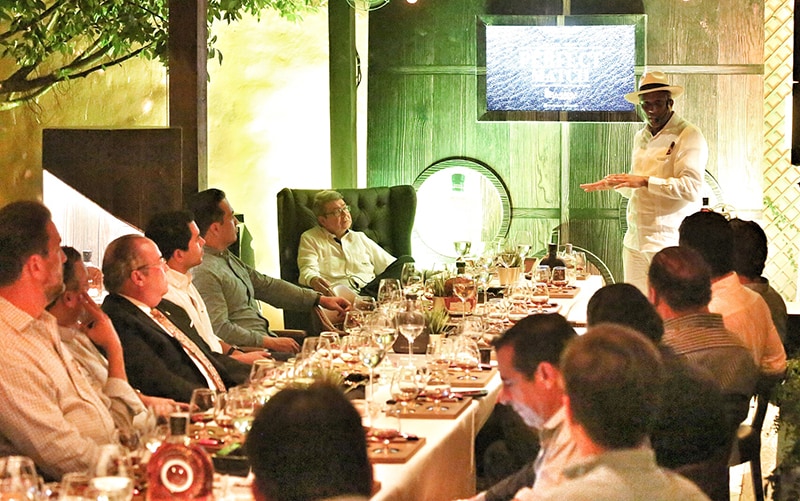 After these events, there are still 10 cigars and rum match-tasting in Santo Domingo; another one in Santiago, one in La Romana and yet another in Bávaro. This joint tasting of La Aurora and Ron Barceló has been held since last year, when a total of 11 events of this type were held between April and November.

From the cigars used in the tasting with rum, La Aurora 107 stands out for being a mild cigar at the beginning, and somewhat spicy, with a strength that increases to a medium-strong level. With very typical flavors, a deep aroma of cocoa and spices and a sweet tip, its wrapper is grown in the sun in Ecuador, giving it a rustic appearance, but also a natural color. The capote (binding leaf) is Dominican, from Valle del Cibao, and the filler is aged for six years and is composed of tobaccos from the Dominican Republic, Nicaragua, Brazil and Peru.

On the other hand, La Aurora 1903 Edition Ruby and Black Diamond (Preferidos) are part of an edition of six cigars manufactured in the scope of the centennial tradition of La Aurora, with different mixtures of tobacco, but with an equal shape and limited production, since La Aurora invests a minimum of eight years in the making of each of these cigars and because a skilled cigar maker can only make 100 of these cigars a day.