La Aurora Cigars sponsored a lunch and a cigar jeopardy at the latest edition of Big Smoke Las Vegas, held on November 5th and 6th at The Mirage Hotel in Las Vegas, United States.

Around 600 people attended the lunch, and were addressed by the president of La Aurora, Guillermo León, through a video. Unfortunately, Guillermo was unable to attend the event, but he did not miss the opportunity to send a greeting to those present.

The guests received a gift package with several La Aurora cigars: a La Aurora Connecticut, a La Aurora 115 Anniversary, a La Aurora 107 Nicaragua and a La Aurora Preferidos Broadleaf from the Parejo Edition, all in the Toro format. 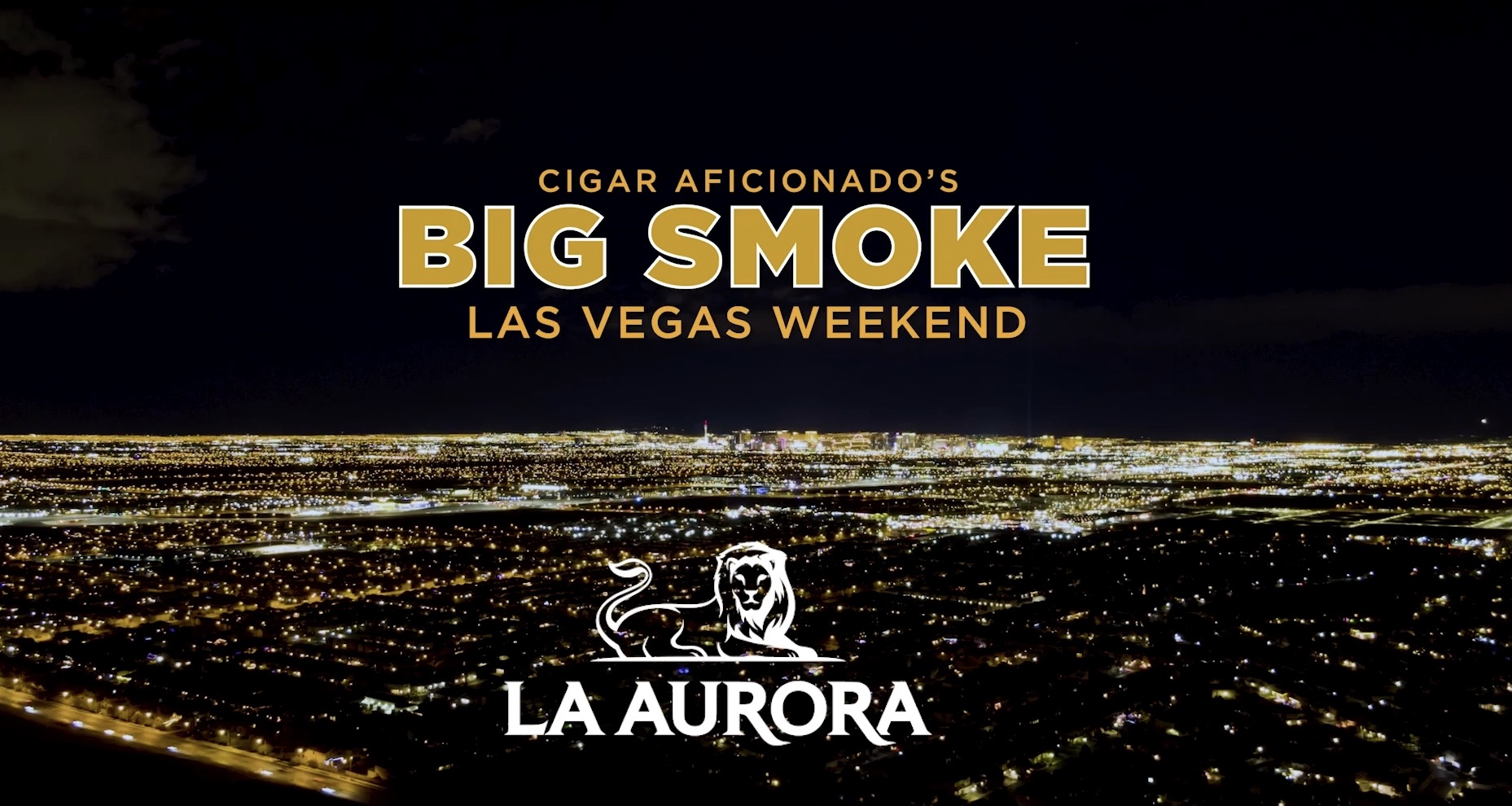 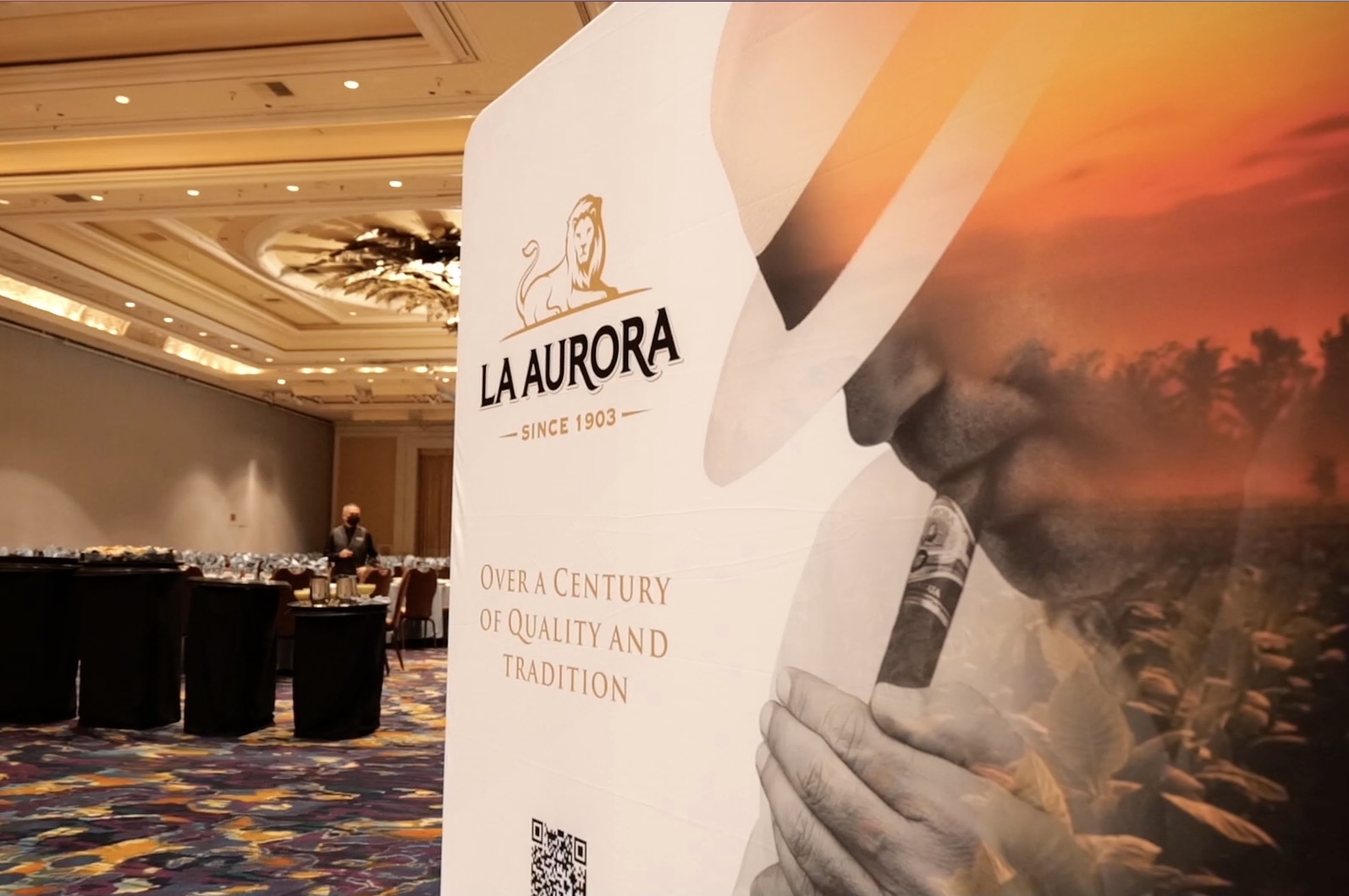 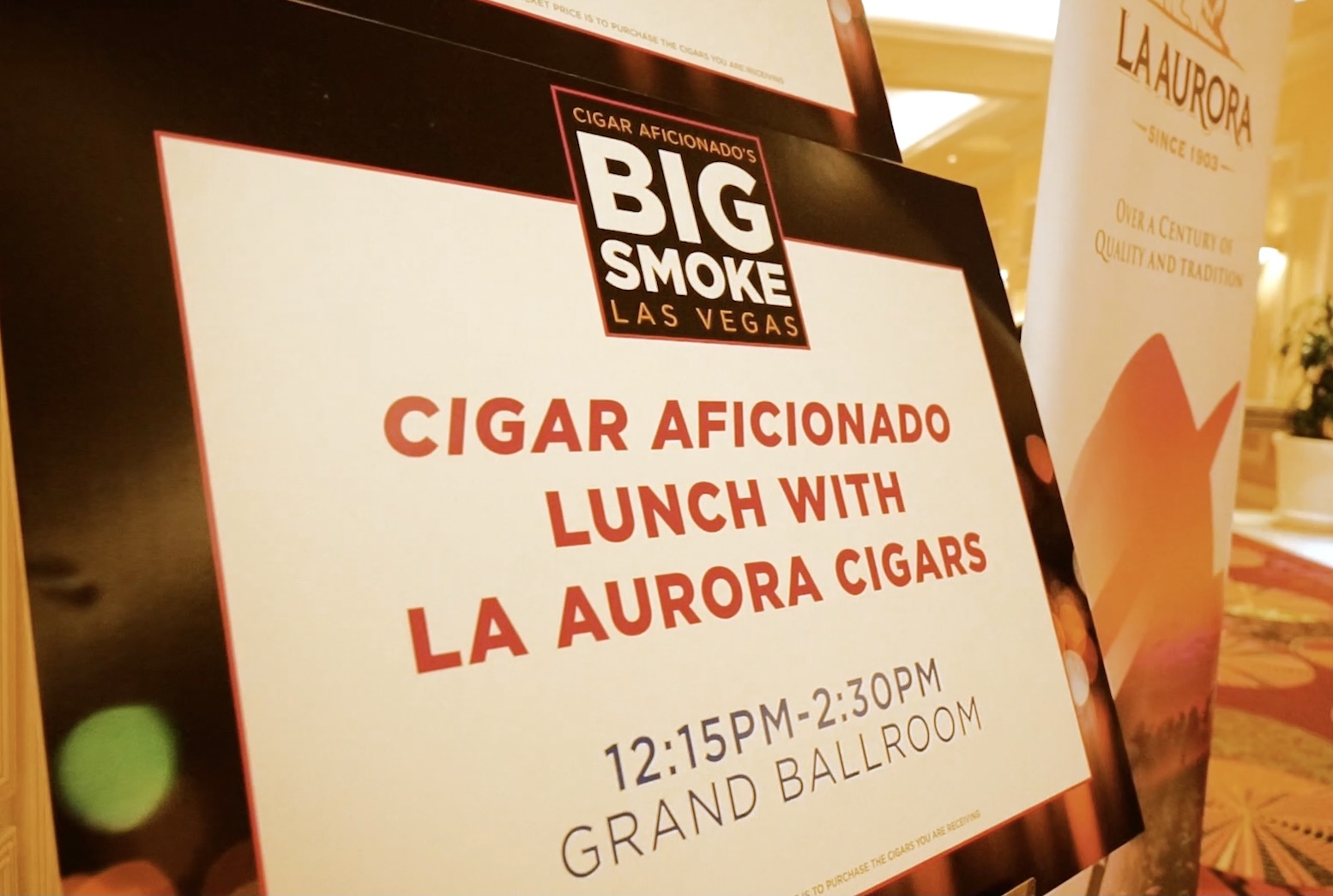 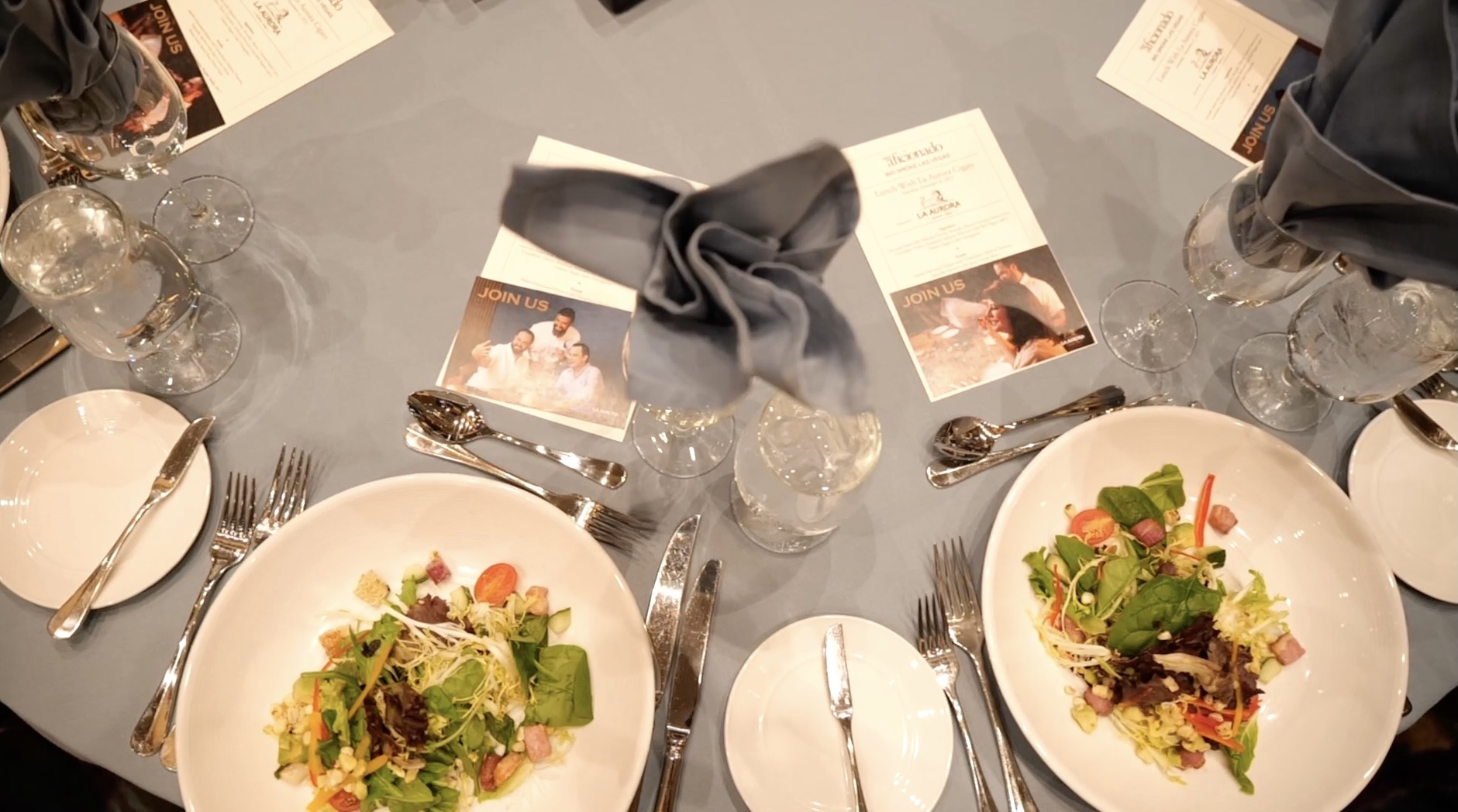 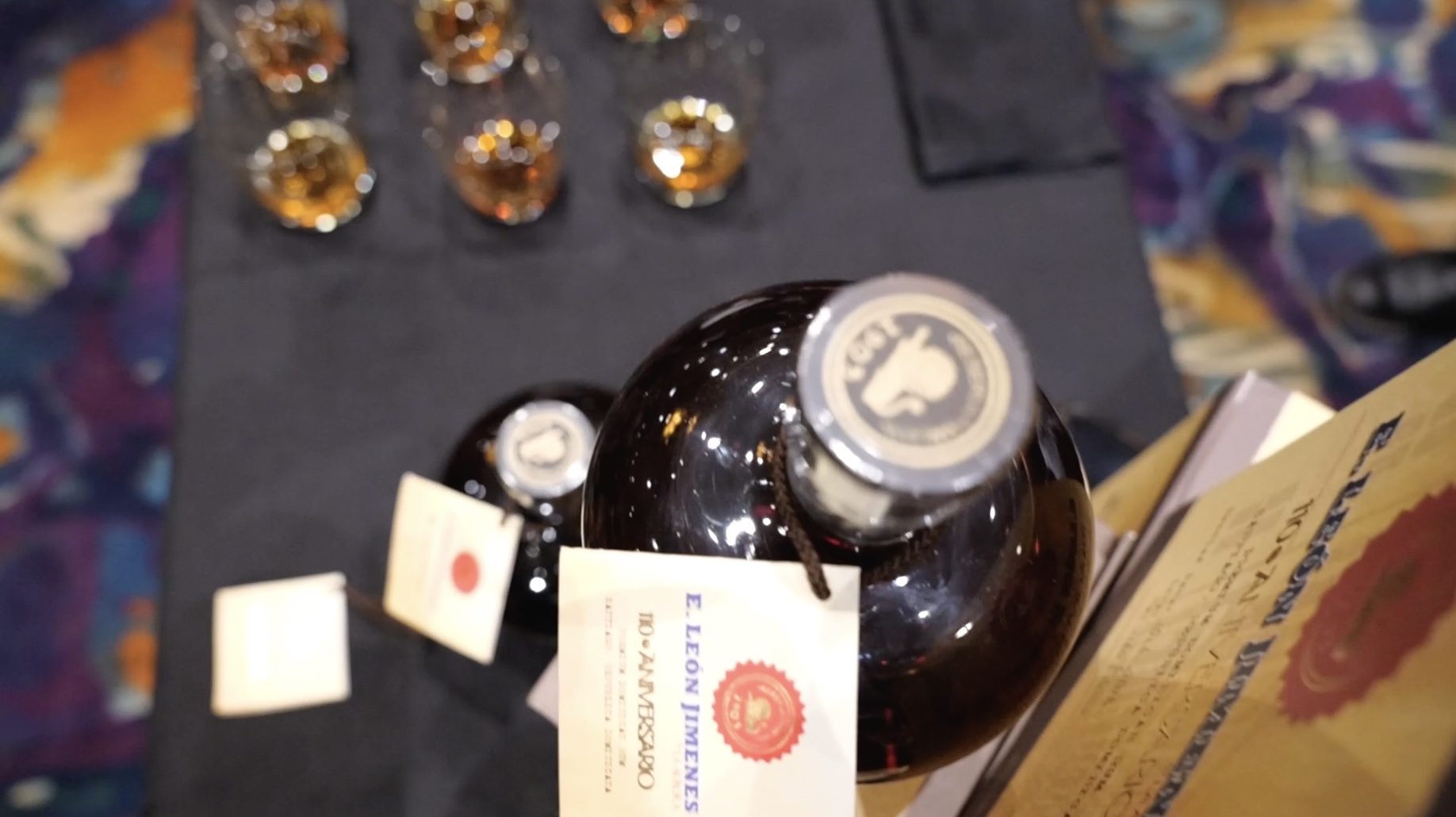 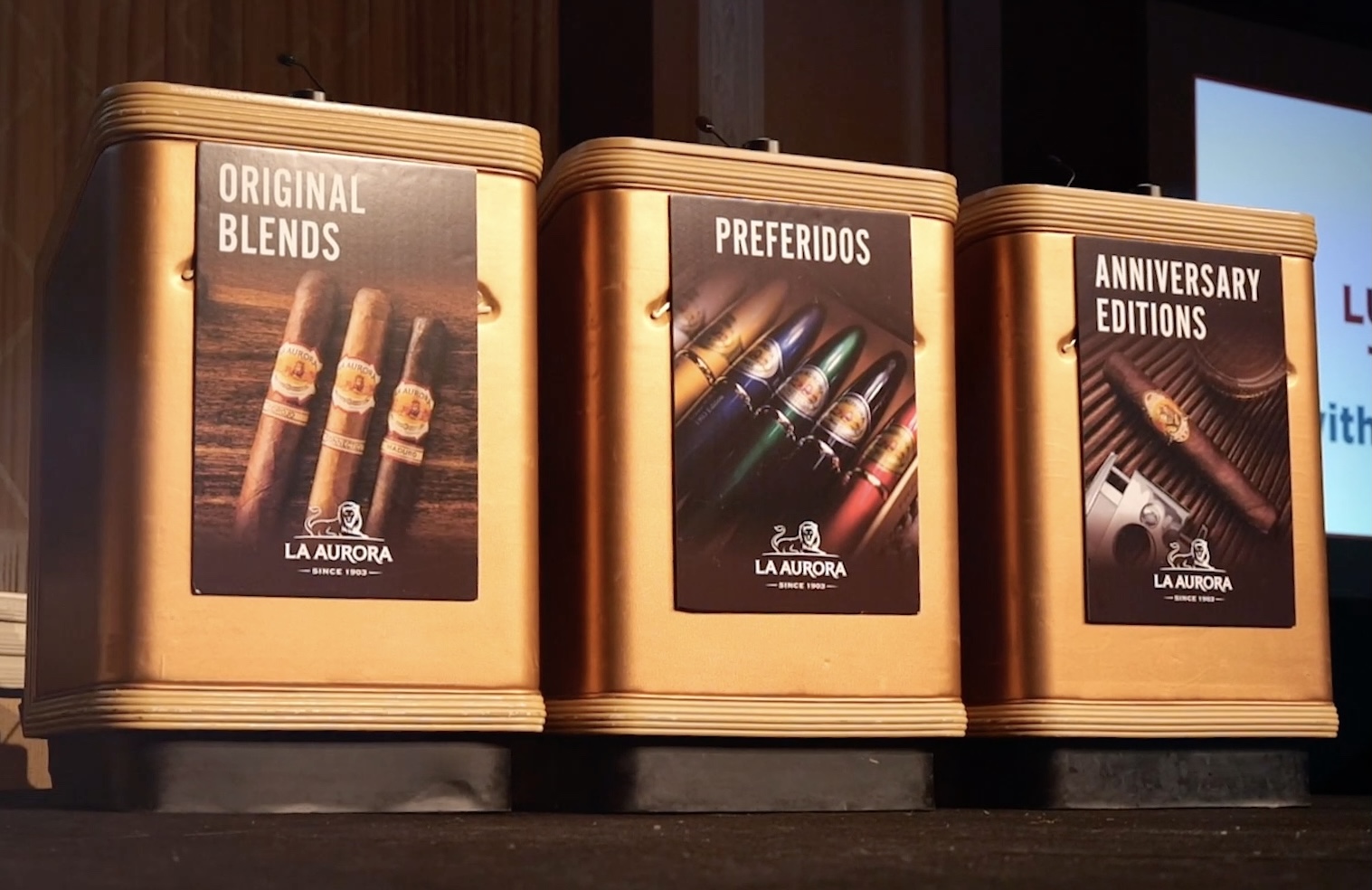 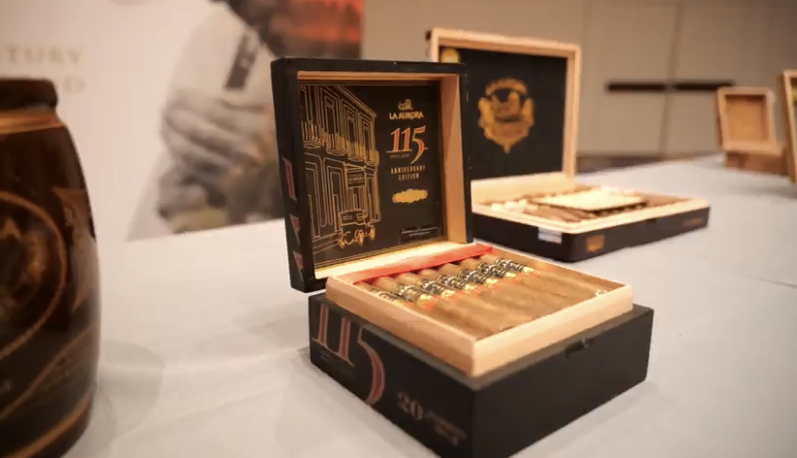 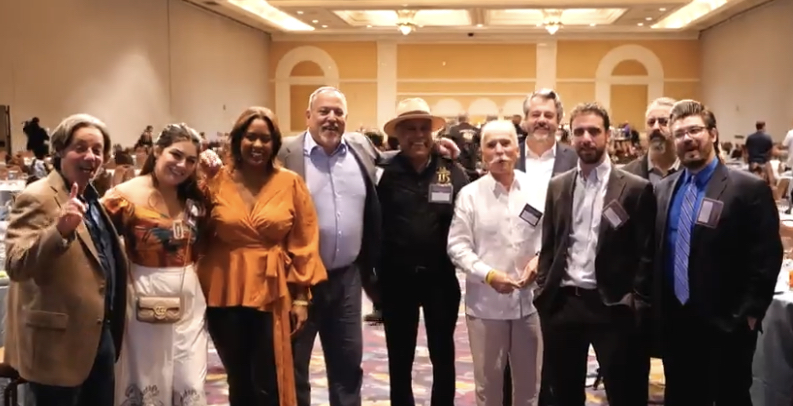 The lunch had a Caribbean touch, as it was inspired by the Dominican origin of La Aurora, the oldest tobacco factory in the Dominican Republic. There was no shortage of avocado nor cilantro in the salad that was served as an appetizer, followed by delicious ribs marinated in adobo with chimichurri mashed potatoes and a rum glaze with mamajuana spices. For dessert, a Dominican sponge cake.

After the meal, the test of knowledge competition was held, which was presented by the executive editor of ‘Cigar Aficionado’, David Savona. During the contest, the participants were able to show-off their knowledge about the world of Premium cigars.

There were specific questions about La Aurora and more general ones about tobacco and cigars. Some simpler and others more complex. Three rounds were held with three groups of contestants, chosen by means of a lottery.

Some examples of the questions asked of the contestants are:

– Who said: ‘Sometimes a cigar is just a cigar’? Sigmund Freud

– In what year were more than 400 million Premium cigars shipped to the United States? 1997

The winner of each round won cigars from La Aurora’s 2021 releases, in addition to those gifted at the start of the lunch. According to ‘Cigar Aficionado’, the contestant who got the most points was Rick Ianniello from Northern California, who received a collection of La Aurora’s limited editions including Fernando León Limited Edition and Hors D’Age.